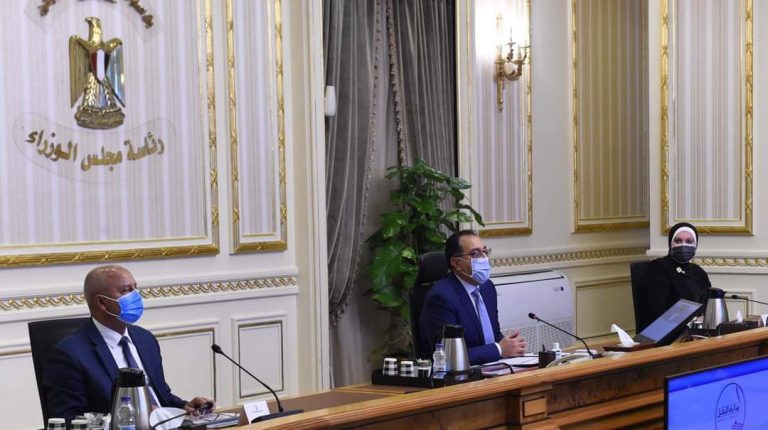 Egypt’s Prime Minister Mostafa Madbouly has reviewed proposals, during a high-level ministerial meeting, to facilitate the movement of goods between Egypt and Africa, and to enhance transport networks.

Madbouly said Egypt is keen to strengthen relations with African countries, and increase trade exchange across the continent to achieve mutual benefit for all parties involved.

He also said that increasing the volume of trade exchange requires developing the means and methods of transportation across Africa, in order to reduce the final costs of goods.

During the meeting, El-Wazir presented a series of proposed projects that will be implemented in Egypt, and which will facilitate the movement of goods across Africa, in accordance with Egypt’s Vision 2030.

He said that the projects include establishing new railways, land roads, and port projects; as well as developing maritime and river transport. This aims to achieve economic and social integration, and open many areas for sustainable development with various African countries.

Meanwhile, Gamea reviewed the proposals related to facilitating the movement of goods between Egypt and Africa through sea freight. This is based on statistics reflecting the volume of and most important Egyptian exports to Africa, and the volume of trade and investment exchange between the two sides.

Gamea said that the plan for promotional activities, which will be implemented between January 2021 and July 2022 and which targets a number of African countries, has been completed. The plan includes 602 trade missions, five trade weeks, and three buyer missions, in addition to an intensive programme of seminars and workshops in Egypt on ways to enter African markets.

The minister also presented number of challenges facing the exchange of trade between Egypt and Africa, including the high prices of freight and transportation across the continent. It also factors in the length of the shipping period, that may reach 38 days, in addition to the lack of regular shipping lines with a number of African markets.

She added that a third of African countries are landlocked, making it impossible to use maritime transport in trade exchange. As a result, this requires establishing hub ports and logistical areas, and means there is a greater reliance on other means of transport, such as railways and road transport.

In order to solve these problems, Gamea presented a number of proposals to adopt unconventional paths for the export of Egyptian goods and products, including a maritime shipping system.