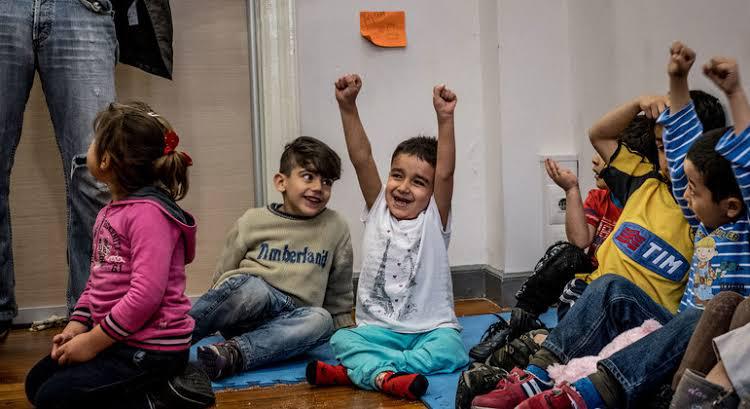 Egypt aims to improve the living standards of children within the framework of the sustainable development strategy “Egypt’s Vision 2030”, the Supreme Standing Committee for Human Rights (SSCHR) stated.

The committee said that the Egyptian Constitution established the right of every child to free education which is compulsory until the high school, in addition to their rights to health care; free vaccination; nutrition; legal identity; family care; shelter; and religious, emotional, and cognitive education.

The Constitution enshrined the protection of children from violence, abuse, and sexual or commercial exploitation, and obliges the state to establish a special judicial system for the victimised children, the SSCHR explained.

It also guaranteed the state’s support of adolescents to develop their cultural, scientific, artistic, creative, and physical capabilities, encourage them to engage in collective and voluntary work, and enable them to participate in public life.

The Constitution also granted the National Council for Childhood and Motherhood, which was established in 1988, technical, financial, and administrative independence.

The Council’s programmes and activities represent an integrated human rights package to guarantee the children rights without discrimination in protection, care and human dignity.

The Central Agency for Public Mobilization and Statistics asserted that Egypt has about 38.18 million children who represent 39.3% of the total population, of whom 51.8% are males and 48.2% are females.

The total financial allocations for children’s education in the state budget for the fiscal year 2019/20 amounted to EGP 93.5bn, according to the SSCHR report.

Egypt has launched a Girls’ Education Initiative aiming at contributing to the provision of comprehensive, equitable and quality education for all-girl schools at the end of 2019, in addition to applying a “dropout reduction” programme in order to reduce child dropouts in the basic education stage.

The dropout programme upgrades the capacities of those dealing with children exposed to dropout, sensitizes families most in need to education, changing the negative perception of rural girls’ education, and combating harmful practices against girls.

Meanwhile, the total financial allocations for children’s health in the state budget for FY 2019/20 amounted to EGP 4.3bn. It includes health programmes such as early detection of obesity, stunting, and anemia among school students. The programmes examined 11.5 million students in more than 22,000 schools.

The SSCHR added that the government has launched the “Protection of Young People from Smoking and Drugs” programme to support family’s role in confronting this problem.

The percentage of financial allocations for children has reached 13% of the total budget for social protection programs, according to the state budget for the fiscal year 2019/2020. The number of children benefiting from the “Takaful and Dignity” programs is estimated at 3.8 million children, equivalent to 49.5% of the total beneficiaries.

While the number of children under the “Solidarity and Dignity” programme who are enrolled in schools has reached 2.26 million children between 6 and 18 years old.