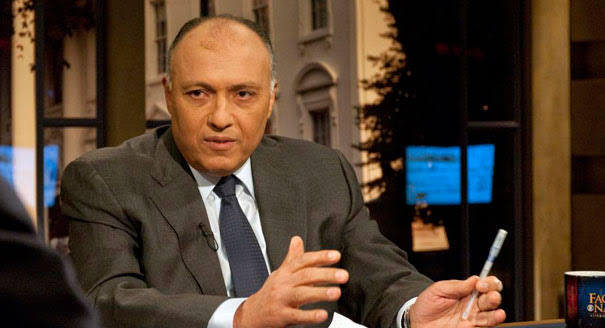 Egypt’s Foreign Minister Sameh Shoukry has met with his UK counterpart Dominic Raab to discuss the importance of intensifying coordination between the two countries on all files of mutual interest.

During the meeting, which took place via telephone on Thursday, both ministers discussed methods of enhancing the prospects for bilateral cooperation, with a particular focus on political consultations.

A statement by Egypt’s Ministry of Foreign Affairs added that the meeting also emphasised the work needed to increase trade exchange, as well as cooperation in the economic and tourism sectors.

The two sides additionally tackled arrangements to conclude a partnership agreement between the two countries in light of the UK’s exit from the European Union.

The ministers reviewed methods of combating the spread of the novel coronavirus (COVID-19) pandemic. They also asserted the importance of coordination and intensifying efforts to reduce the health, economic and social repercussions of the virus during the coming period.

Meanwhile, the two ministers also tackled a number of issues in the Middle East region. The discussion included a presentation by Shoukry, in which he reviewed Egyptian efforts to reach comprehensive political settlements that achieve peace and stability in the region.