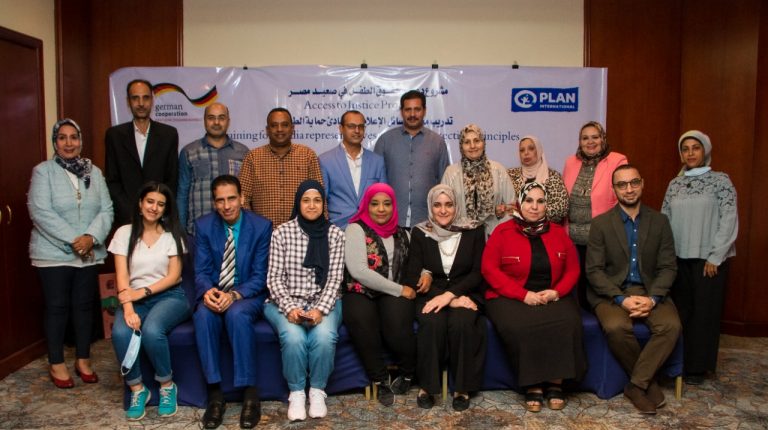 As part of its project “Access to Justice” implemented in Upper Egypt, the child-rights organization, Plan International Egypt, organised a workshop on child rights in media coverage of issues affecting children at their diversity.

The workshop tackled different topics including issues affecting children, particularly girls, and how media can cover such issues in a way that respects child rights, adhering to the national and international child rights conventions. At the end of the workshop, a draft charter was developed to outline the key principles that the media is to abide by while tackling issues affecting children.

In his statement, Mahmoud Abdel Aziz, the project manager of “Access to Justice”, asserted that the charter seeks to provide a set of rights-based principles for professional media coverage of child issues. Such principles are grounded in the child law of Egypt and the international conventions on child rights.

By the end of the workshop, a 6-month action plan was developed, including child rights topics that are to be discussed in the media.

The child rights in media charter included the following principles and commitments: