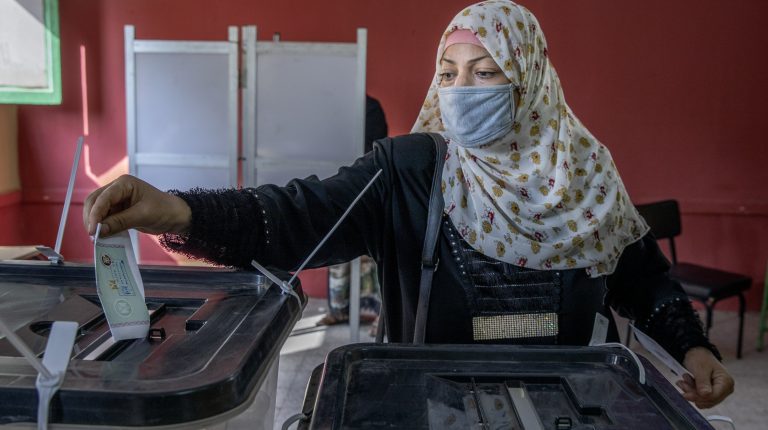 Expatriate Egyptians continue to vote in the run-off round for the first phase of the country’s House of Representatives elections. Diplomatic missions around the world are set to receive mail-in ballots over a period of three days, starting from Saturday.

The run-offs of the first phase of elections are being held for individual seats in 13 governorates, with 220 candidates competing for 110 seats.

Overseas voting in the first phase’s run-off is scheduled to end on Monday, while voting inside Egypt will take place on Monday and Tuesday.

The National Elections Authority (NEA) requested diplomatic missions abroad to coordinate with governmental postal institutions in Egypt regarding their accreditation to facilitate the arrival of ballots, and to continue receiving all letters via mail.

Egyptian expats have been able to print their ballot papers for the run-offs on 19-20 November, with ballots to be sent to embassies on 21-23 November, according to the elections’ timetable announced by the NEA.

Run-offs for the second phase will take place on 5-7 December for Egyptians abroad.

The 596-seat assembly is chosen equally through two stages via the individual candidacy system, and the closed party list system. A total of 28 seats, representing 5% of the total seats available, will be named by the president, as per the recent amendments to the elections law.

The first and second stages of the parliament elections, held in October and November, resulted in 73 individual Members of Parliament (MPs) being elected. Of these, 32 were elected in the first stage and 41 others in the second, while 211 are still up for grabs in the run-offs.