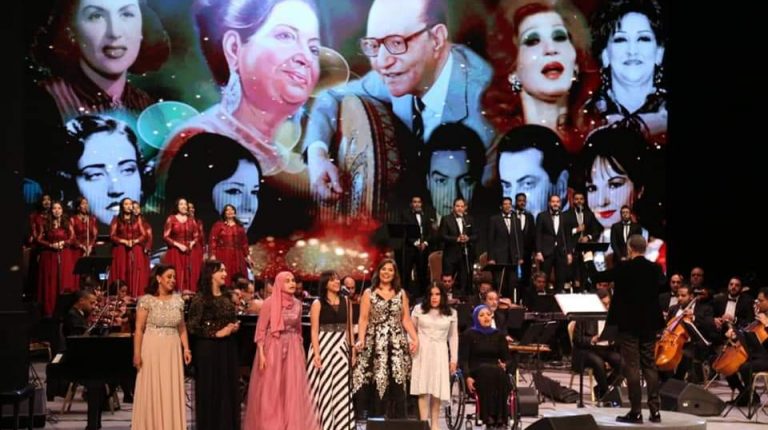 Egypt’s Minister of Culture Inas Abdel-Dayem celebrated, on Friday, the winners of the Ratiba El-Hefny Arab Music and Singing Competition, which was held as part of the 29th Arab Music Festival.

The competition aims to shed light on young musical talent in Egypt, including people with special needs.

Abdel-Dayem announced that the ceremony was held to honour the winners of the competitions accompanying the Arab Music Festival’s activities, in order to present the young talents to the public.

The ceremony began with the screening of a film that included clips of the winners receiving the competition prizes. The awards were announced and presented during the closing ceremony of the 29th Arab Music Festival.

During the ceremony, the competition’s winners also presented a number of traditional and modern Arab musical songs.

The annual Ratiba El-Hefny Arab Music and Singing Competition received dozens of entrants, including youth and children, and people with special abilities.

Abdel-Dayem said that the competitions aim to discover new talents, and bring them within the folds of Egypt’s arts sector. This will ensure that the country’s cultural identity and various artistic sectors are preserved.

The minister added that the competition is an affirmation of the success achieved by the Arab Music Festival, which embodies an ability to form and build a national character capable of achieving the desired development progress for Egypt.