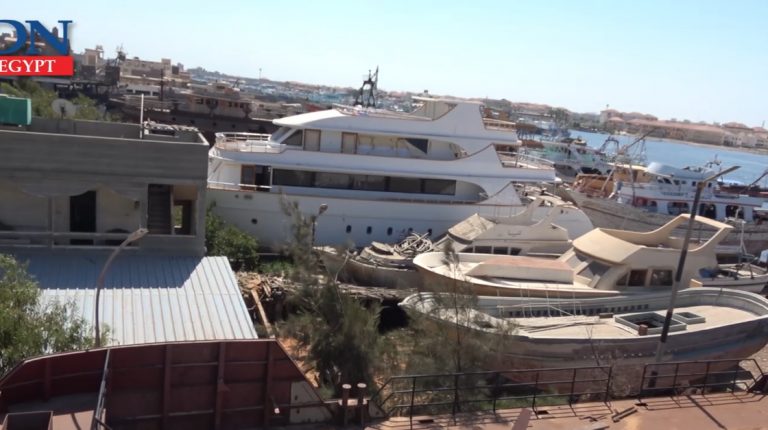 Besides its wide global fame in the furniture manufacturing industry, Damietta governorate is also famous for its shipbuilding workshops.

The making of boats is by no means unique to Egypt, but the country’s maritime history and extensive links to its waterways make shipbuilding one of its most ancient industries that run back through the centuries.

As a result, Damietta, which lies on the shores of the Mediterranean Sea, occupies a global position in shipbuilding because of the skill of its citizens, who introduced the industry to Egypt. These skills and extensive expertise have ensured that the governorate’s shipbuilding prowess has now reached the four corners of the globe.

The coastal city of Ezbet Al-Burj was one of the leading factors that put Egypt on the global map of shipbuilding. Daily News Egypt sat down with Salah Al Sambasakani, the owner of the largest shipyard specialised in manufacturing boats and yachts in the Middle East, to find out more.

When did you start making ships in Damietta?

Shipbuilding has been in Damietta since Pharaonic times, starting in the beginning with the construction of solar boats. Due to the geographical location of Ezbet Al-Burj city, which resembles an island, the city became a notable location for shipbuilding more than 200 years ago.

It began to grow little by little, until things changed in the 1967 war, when fishing boats were prevented from passing, in order to preserve their safety during that period. Although Egypt’s naval forces used a number of boats in reconnaissance operations, the halt to fishing along the country’s coastlines meant a large number of fishermen from Damietta had to travel to Greece and Cyprus, in search of a livelihood. As a result of this, a number of them were able to prove themselves in European countries.

Have you worked in the boats industry outside Egypt?

I was one of those who travelled to Greece when I was only 18 years old. I stayed there for nearly 14 months. I worked as a carpenter specialising in boat making. After gaining great experience in fishing and shipbuilding, and after the war ended, some of us returned to our hometown while others preferred to stay in Cyprus and Greece.

Those of us who returned played a major role in promoting the shipbuilding industry in Ezbet Al-Burj, and exporting began. During the 1990s, Egyptian manufactured ships established a great international reputation for themselves, as they were sold at competitive prices. This was due to their reliance on excellent materials at lower prices, and with higher quality than their foreign counterparts.

What are the most important countries that you export to?

We export our products to many countries, including Greece, Cyprus, Malta, Saudi Arabia, Qatar, Libya, Sudan, Somalia, Yemen, and the Maldives. We have set up a number of exhibitions in Germany and Italy, which has helped open new marketing horizons for the “Sambskani” brand which became well-known in the streets of many European countries. My grandfather was the first to export fishing vessels to Saudi Arabia and Palestine, during the first half of the last century, until the revolution of July 1952.

What is Damietta’s volume of shipbuilding production?

Damietta produces about 65% of the ships and fishing boats built in Egypt, and about 60% of the fishing sector in the Mediterranean. The city of Ezbet Al-Burj, alone, owns the largest marine fleet, with about 3,650 boats. 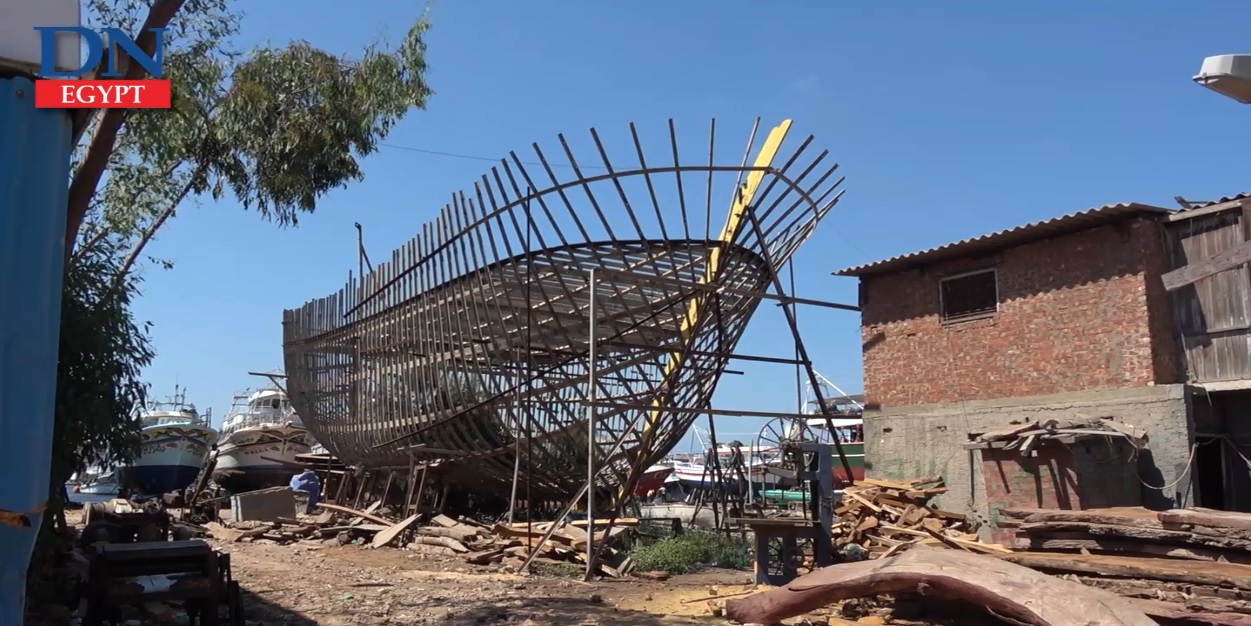 How many workers are there, and how big are workshops?

There are about 1,000 workers in this industry in Damietta, with the area of ​​each workshop ranging between 1,000 and 4,000 sqm. We hope that a huge complex for marine industries will be established here, similar to the Furniture City that brings together workshops and shipbuilding supplies in one place.