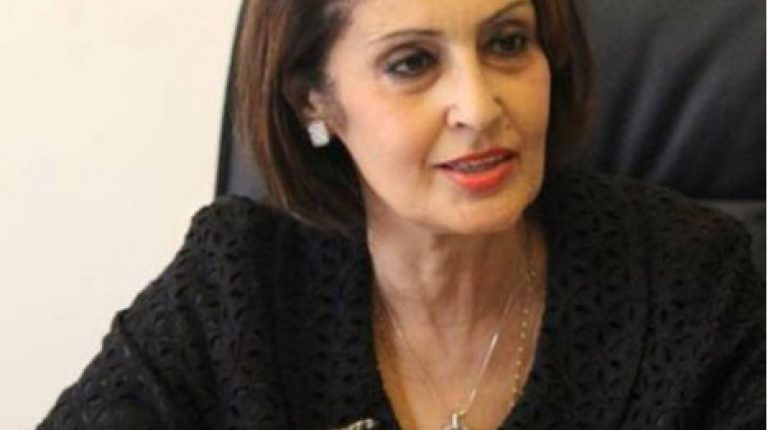 Egypt’s integrated efforts against illegal immigration have been successful, according to Ambassador Naela Gabr, Head of the National Coordinating Committee for Combating and Preventing Illegal Migration and Trafficking in Persons (NCCPIM & TIP).

The Egyptian experience in the field of combating and preventing illegal migration and human trafficking has contributed to reducing this phenomenon, with there being no illegal immigration from Egypt to Europe seen since September 2016.

Speaking exclusively to Daily News Egypt, Gabr said that Egypt has not seen a single boat departing from its shores for four years. The country’s efforts are based on presidential directives related to tightening the security authorities’ control over beaches and ports nationwide.

The state has also intensified development efforts by implementing intensive national development projects, in addition to its support for small, medium and micro enterprises

She added that the Egyptian vision in this regard, in which legislative efforts were integrated with security and development efforts, saw the issuance of the first law in the Middle East that defines the crime of smuggling of migrants.

The law also has the necessary penalties for human traffickers, as it includes a penalty of life imprisonment and a fine of not less than EGP 200,000. The necessary social studies on “youth migration” were also prepared, that analysed the main reasons behind youth seeing emigration by dangerous means as a necessary step.

The studies showed that unemployment and low living conditions are the main causes of illegal immigration.

National projects have provided job opportunities for thousands of Egypt’s youth, and have contributed to the elimination of this phenomenon. Gabr noted that illegal immigration has posed a great danger to the Egyptian society in the past.

Ambassador Gabr added that the national projects contributed to a 7.3% decrease in unemployment rates in the third quarter (Q3) of 2020. This has largely been due to the government’s focus on encouraging youth to work and access entrepreneurship, whilst working to spread this culture as a basis for advancement and development.

The government has also focused on creating a new generation of young business owners, whose successes are based on science and work.

She noted that the Egyptian constitution prohibits all forms of forced exploitation of the human being. There are also presidential directives to strengthen protection for its victims, which reflects the great care that the state attaches to combating this type of crime.

She said that Egypt pays special attention to victims, and works to provide the necessary health and psychological care services for them. These efforts also see their reintegration into society, whilst strengthening protection activities in support of victims of these forms of crime.

Gabr said that, in 2018, the Ministry of Social Solidarity, the National Council for Childhood and Motherhood, and the Egyptian Red Crescent signed a cooperation protocol to establish a shelter. This was set up as the first of its kind in Egypt to receive victims of human trafficking.

She added that the shelter for women and children victims of crime was completed in cooperation with the Ministry of Social Solidarity.

A complaints system has also been established in cooperation with the National Councils for Childhood, Motherhood, Women and Human Rights. A work contract that preserves the rights and dignity of domestic workers has also been formulated to protect those working in the private sphere.

Citizens can also inform the authorities should they learn of such crimes going on. The campaign has seen the participation of renowned Egyptian actors Nelly Karim and Asser Yassin.

Gabr emphasised the media’s important role in introducing alternative opportunities and raising the level of citizens’ awareness to confront this phenomenon.