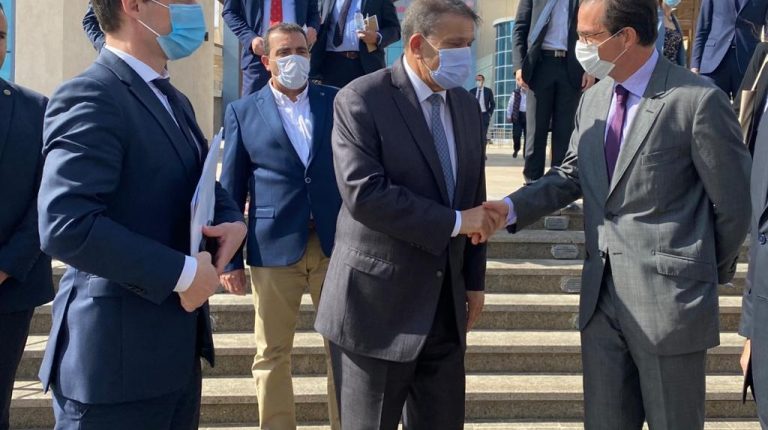 The Administrative Capital for Urban Development (ACUD) received, on Monday, a French delegation headed by the country’s Minister of Transport Jean-Baptiste Djebbari.

Also present in the French delegation were the Ambassador of France in Cairo, Stéphane Romatet, and representatives from 12 companies.

The meeting took place with the aim of acquainting the French delegation with the New Administrative Capital (NAC), and discussing investment opportunities in the national project.

The visit included a meeting with Ahmed Zaki Abdeen, ACUD Chairperson and Managing Director, in which the project was outlined along with the goals it will achieve for the state. The meeting also reviewed the  most important achievements so far at the NAC.

The delegation undertook a field visit to the NAC project site, including to the Central Business District (CBD) which contains 20 skyscrapers, including the highest tower in Africa at 387 sqm.

The delegation also visited the new buildings that will house the parliament and cabinet, as well as the government district.

For his part, Djebbari expressed his admiration for the work already completed at the NAC, particularly that completed in a short period. He also praised the accuracy and proper planning for the project.