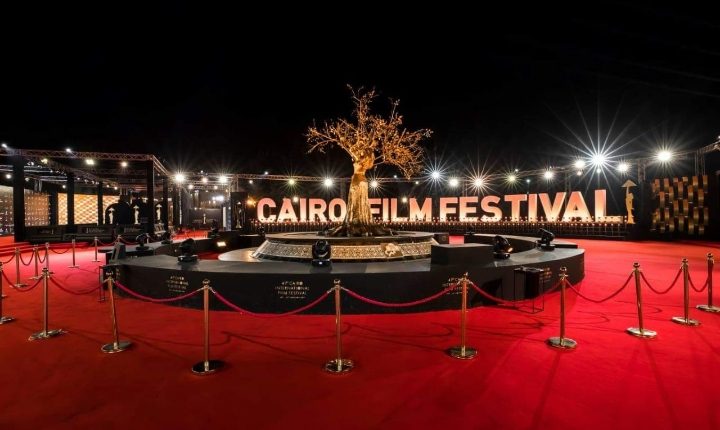 The Cairo International Film Festival (CIFF) has announced that accreditation for the third edition of Cairo Industry Days, which will take place on 4-7 December, is now open for film and TV industry professionals.

Accreditation, which is available through the festival’s official page, will close on 26 November 2020.

The third edition of Cairo Industry Days will take place right during the 42nd Cairo International Film Festival, which itself will occur on 2-10 December.

The accreditation grants film and TV professionals’ access to multiple programmes and events, including panels and master classes that aim to support Arab cinema. These aim to open up new channels for co-productions, and will present opportunities for filmmakers to engage with the international committee.

Filmmakers are granted access to daily tickets to watch the diverse range of the festival’s screenings.

This year’s CIFF will follow precautions approved by the World Health Organization (WHO) and the Egyptian government, to ensure the health and safety of festival guests and audiences. All details on the safety procedures to be followed during the festival were revealed at a press conference on 16 November.

The CIFF team recently revealed its line-up of film projects that will take part in the seventh edition of the Cairo Film Connection (CFC).

The CFC’s selection committee of key industry professionals have whittled down an initial list of 105 project submissions to a short list of 15 film projects from 12 Arab countries. These projects are narrative features and documentaries, either in the development or post-production phase, and all are competing for a number of cash awards that amounted to $200,000 last year.

Cairo Industry Days has also opened a call for submissions from Egyptian TV projects in the final stages of development, which will participate in the second TV Pitch Forum. The event, for which the selection list will soon be revealed, is being held in partnership with the Middle East Media Initiative (MEMI).

She added, “The curation of programmes, masterclasses, and panel discussions will explore a wealth of related topics facing the industry at a crucial time of global change hosted by some of the industry’s key players.”

Zaky also said that Cairo Industry Days is held in support of the region’s exceptional filmmaking as a top priority, with the event’s organisers thrilled to be in a position to provide an international platform for filmmakers to showcase their projects. She noted that the high quality of work this year only further confirms that filmmakers are as innovative and resilient as ever.

The previous edition of the festival witnessed the participation of more than 550 key international industry professionals, who took part in 25 different activities. These varied between panel discussions, conversations, lectures, masterclasses, and workshops.

This came in partnership with Screen Buzz, with the purpose of developing TV scripts, as well as: EAVE ON DEMAND for developing film scripts; Film Independent for creative productions; and the Middle East Media Initiative for activities that focused on TV works.

It also opened opportunities for Egyptian and US executive managers, producers, and writers to connect. At the same time, it provided other opportunities for distinguished filmmakers to attend conferences and pitch their projects.

Cairo Industry Days is a programme held in partnership with the Arab Cinema Center (ACC) to further support the Arab region’s cinema. It provides an important space for discussions, workshops, masterclasses, and partnership opportunities between Arab talents and regional and international key industry professionals.

The CIFF is one of the oldest and most well-attended festivals in the Arab world and Africa. It is the only festival in the Arab and African region to be accorded a category “A” status by the International Federation of Film Producers Associations in Paris (FIAPF), along with 14 other festivals organising international competitions.