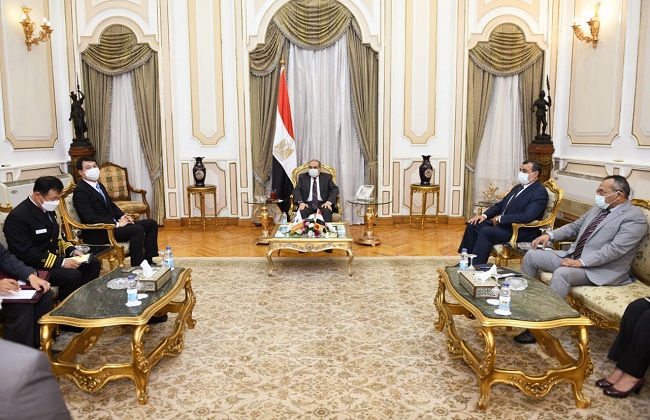 During the meeting, Morsi expressed his ministry’s interest in strengthening the strategic partnership between Egypt’s military production companies and Korean companies in various fields including areas of military and civilian industrialisation.

They also discussed utilising Korean technologies to manufacture high quality surveillance cameras in Egypt at competitive prices. This step aims to turn Egypt into an exporter of these products to other Arab and African countries, while taking advantage of the current laws encouraging investment in Egypt, as well as trade deals between Egypt and other nations.

Mohamed Eid Bakr, media advisor to the Minister of State for Military Production, said that there is a desire on both sides to establish fruitful industrial partnerships in various fields. The partnerships will cover factories for producing electric vehicles, as well as establishing free, logistical, and economic zones, and developing infrastructure. This comes in light of Egypt’s desire to attract foreign investments and break into new industries.

Morsi also invited Korean companies to attend Egypt’s defence expo, EDEX, in 2021, which was  last held in 2018, and which showcases the latest military and security technology equipment and systems.

For his part, Ambassador Hong expressed his gratitude with the fruitful cooperation between the two sides and the mutual trust between Korean companies and Egypt’s military production companies. He also noted his wish to achieve more cooperation during the coming period in the fields of industrialisation and scientific research.

Ambassador Hong praised the technical expertise and the distinguished technological capabilities of Egypt’s military production companies. He also praised the important role that the Ministry of Military Production plays in supporting the Egyptian state’s plan in development.

He applauded the Egyptian economy as one of the fastest growing economies in the world, with the country representing a huge market that possesses enormous human potential. The Ambassador noted that, according to international statistics, Egypt will become one of the largest economies worldwide in the coming period, whilst also becoming an important economic partner to South Korea.