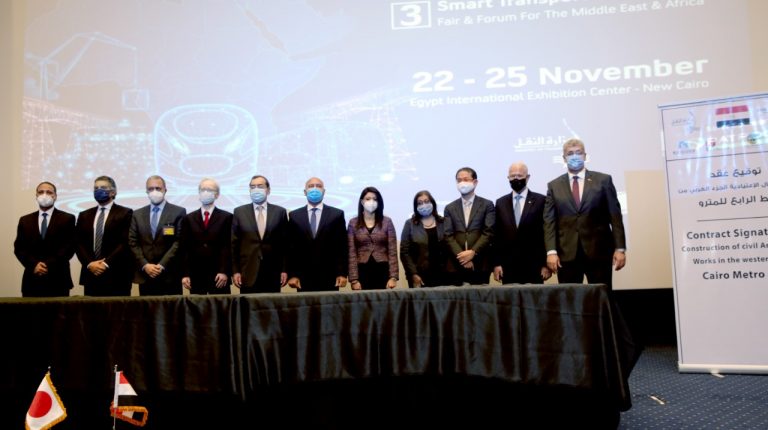 Hassan Allam Holding (HAH) has announced that its subsidiary, Hassan Allam Construction has secured a new contract for construction works as part of the first phase of the Cairo Metro’s Line 4. The award attests to the company’s leadership in seamlessly executing strategic national megaprojects.

“This project bookends a series of successful contracts signed to complete some of Egypt’s most crucial infrastructure, attesting to our ability to deliver key national projects on time and to specification, and solidifying our position as the partner of choice for strategic megaprojects,” said Allam, “We are committed to continuously undertaking new projects that will enhance and develop infrastructure across Egypt.”

The scope of the consortium’s work will include 12 Metro stations starting from Hadaek Al Ashgar at 6th of October City until El Mesaha Station in Al Haram Street.  The overall length of this stage comes in at 13.7km, with 11 stations to be constructed underground using the top-down construction method.

They will be connected by 19.6 km of double concrete tunnels, with an internal diameter of 5.8 metres each. The scope of work will also include all civil works, mechanical, electrical, plumbing, and architectural works.

“After the completion of the first phase, the line will be able to accommodate 258 trains in each direction, with the number growing to 492 by 2050 upon the completion of the two phases,” said Mohamed El Dahshoury, CEO of Hassan Allam Construction, “The new line is set to drastically enhance Egypt’s public transportation network, and will have a tremendous impact on the country’s urban development and sustainability goals, in line with the government’s 2030 sustainable development strategy.”

Hassan Allam Holding has long been the construction partner of choice for national strategic projects across multiple spaces. In October 2019, the company began construction on Egypt’s first Light Rail Transit system, linking 10th of Ramadan City and the New Administrative Capital (NAC), which will transport more than 1 million passengers each day.