In these prominent roles, Samir and Taha will oversee the newspaper, with a focus on digital transformation. The appointments will pave the way for Daily News Egypt to continue helping its global readers navigate the mosaic of local and global affairs in the aftermath of the novel coronavirus (COVID-19) pandemic. 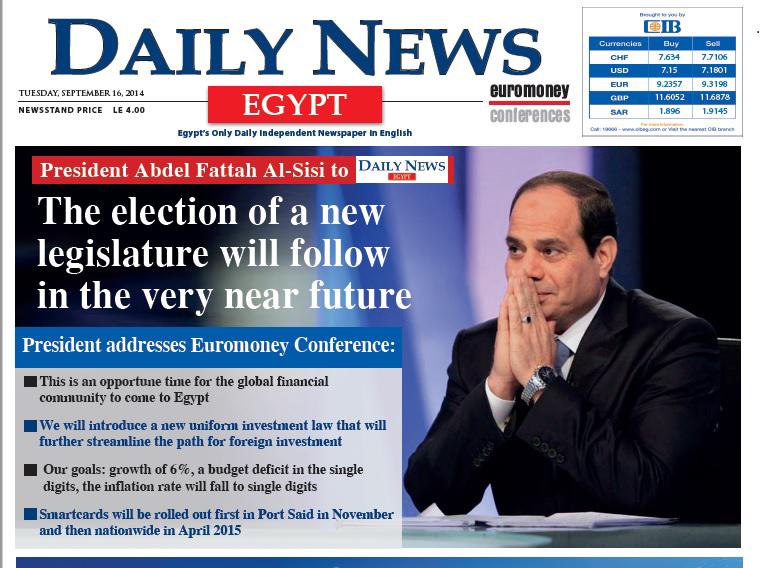 “This is a defining time for the Daily News Egypt, as we focus on original stories that bring clarity to the unanticipated new normal,” the management said, “We are immensely excited about this fantastic new team of editors, who bring a huge amount of skill, vision and experience to their new roles. They will help our team of talented correspondents and editors to continue producing distinct and original journalism, with insight and impact.”

The step comes in light of the newspaper’s endeavour to pump highly professional new blood, and to maintain its top position among English-speaking news platforms in Egypt, the Middle East, and Africa.

Samir has, since 2018, served as Managing Editor and Opinion Editor, overseeing the different sections at Daily News Egypt, whilst also managing the newspaper’s digital-focused strategy.

Samir holds a BSc in Petroleum Engineering from Suez Canal University and a diploma in Cognitive Neuroscience from Harvard. He joined Daily News Egypt in 2016, and has since held several roles, including as business correspondent, as well as the newspaper’s business editor working with reporters covering local and global financial news. He specialises in geopolitical conflicts in the Middle East, Africa and the Eastern Mediterranean, and also works as a content consultant for Newstag, the award-winning Stockholm-based media-tech company.

Sakr studied Mass Communication at Cairo University, and has worked as a journalist specialising in political Islam and armed groups in several English-language publications, including Daily News Egypt, Egypt Independent, and The Cairo Post.

He also provides media consultations to several private and governmental institutions, and runs the English language Saudi Airlines magazine Leaders KSA, which is issued by the Saudi Sawahel Group.

The Daily News Egypt, Egypt’s only independent English-language newspaper, is the leading news media in Egypt and the Middle East in the language. It plays an important role in transmitting what is happening inside Egypt to the outside world.

The newspaper has undergone a significant transformation in the pursuit of its goal as a leading global multi-platform media organisation.

The publication has also shifted towards a broader coverage of geopolitical and national security affairs, with a focus on Egypt, the Eastern Mediterranean, and Africa.

In 2014 and 2015, Daily News Egypt was the only newspaper in Egypt chosen by President Abdel Fatah Al-Sisi to publish two articles aimed at foreign investors.