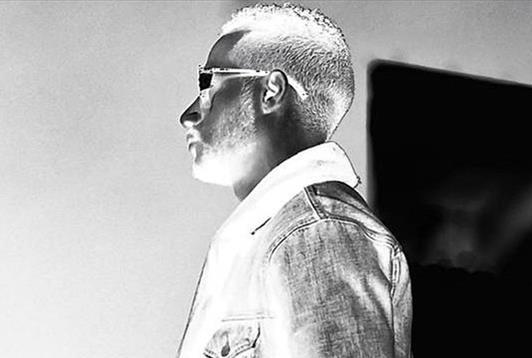 Famous Egyptian actor and singer Mohamed Ramadan has been suspended from acting by the Egyptian Union of Artistic Syndicates, due to controversial photos that show him partying with Israeli celebrities in Dubai.

Ramadan’s suspension will remain in effect pending an investigation into the incident. The images have sparked outrage across Egypt.

Several Israeli accounts on social media, including an official Facebook account in Arabic, published a photo, on Saturday, showing the Egyptian actor hugging Israeli singer Omer on a rooftop in Dubai.

Another photo, which was also circulated, showed Ramadan with an Israeli footballer and Israeli entrepreneur. Additionally, a number of video clips have also emerged on social media which showed Ramadan attending a party in Dubai while a popular Israeli song played in the background.

In a statement on Monday, the Egyptian Union of Artistic Syndicates said that the investigation will be carried out in the first week of December.

The Union emphasised its full support for the rights of the Palestinian people, and its commitment to positions and decisions of Egyptian and Arab artistic unions toward the Palestinian Cause.

It said that there are differences between official treaties that a government commits to, and the public, cultural, and artistic position regarding the normalisation issue.

Meanwhile, Egypt’s Press Syndicate decreed, on Monday, to boycott news relating to Ramadan, and to prevent the publishing of his name and/or photos in media, until the investigation is concluded.

The Syndicate said that Ramadan violated the decision made by the Egyptian Union of Artistic Syndicates, which rejects all kinds of normalisation with Israel.

Ramadan said that he did not know the nationality of the Israeli singer who appeared with him in the photo, stressing that if he knew, he would have refused to take the selfie. His uploading a Palestinian flag as the cover photo of his official Facebook page has not succeeded in quelling the outrage against him.

“I was suspended from acting in Egypt. Thank you Actors’ Syndicate. Thanks to the production company for cancelling my next series scheduled for [holy month of] Ramadan. Thanks to my fans for not supporting me,” Ramadan said on his Facebook account after the Union’s decision. He also uploaded a photo of himself in an Egyptian military outfit along with the text.

The UAE was the third country in the Middle East to sign a peace agreement with Israel, in a move that was replicated by Bahrain and Sudan. The normalisation deals were brokered by the US, despite none of the three countries ever having been at war with Israel.

Egypt and Jordan signed peace treaties in 1978 and 1994, respectively. Mauritania established diplomatic ties with Israel, although it fully cut off its ties with Tel Aviv in 2010.

Many Egyptians oppose Israeli actions toward Palestinians, and are vehemently against Israel’s occupation of Palestinian lands.