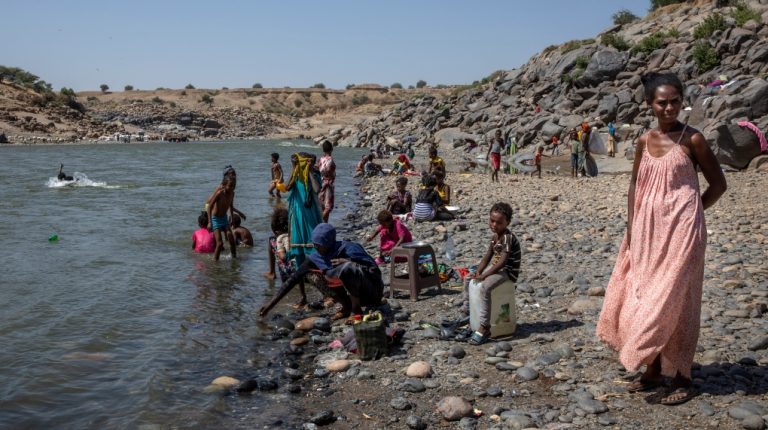 In the face of a surrender ultimatum in Ethiopia, the United Nations on Monday is pleading for national and regional forces to protect civilians in the besieged Tigray region.

“The United Nations and its humanitarian partners in Ethiopia are urgently calling on all parties to the conflict to comply with their obligations under international humanitarian law and protect civilians and civilian infrastructure, including health facilities, and water systems,” said Stephane Dujarric, spokesman for UN Secretary-General Antonio Guterres.

The appeal follows Sunday’s ultimatum from Addis Ababa for the Tigray People’s Liberation Front (TPLF) to surrender within 72 hours. Published reports said the Ethiopian National Defense Force (ENDF) has surrounded Mekele, the major city in Tigray, and was poised to attack with heavy weaponry.

“Humanitarian colleagues also stress that it is urgent that all parties to the conflict enable the free and safe movement of affected people in search of safety and assistance, including across international and within national borders, regardless of their ethnic identification,” Dujarric said.

The United Nations, along with its partners in Ethiopia, is ready to provide humanitarian assistance to people impacted by the conflict, the spokesman said. For this, free, safe and unhindered humanitarian access is urgently needed.
More than 500,000 people remain in Mekele, including more than 200 aid workers, he said. “So, we’re … keeping a close watch on things as they develop.”

The United Nations continues to receive reports of internal displacement in Tigray, Dujarric said. Nearly 39,000 people have now fled to Sudan, including 17,000 children. Some 90 refugees from Ethiopia are in Tigray.

The response is scaling up, but the influx into Sudan of refugees is outpacing the capacity on the ground and additional funding is urgently needed, Dujarric said.

Communications – by road and telephone – into Tigray have been blocked.

A regional political dispute turned violent when a TPLF attack on government forces in Tigray prompted the ENDF to launch a military campaign on Nov. 4 against the forces, catching civilians up in the conflict.