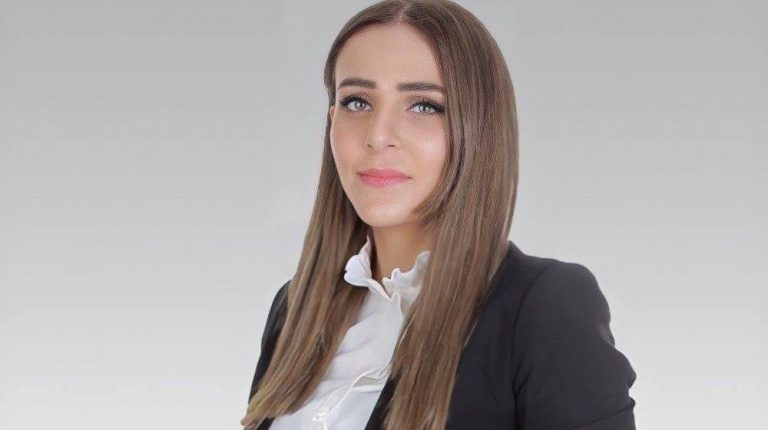 Egypt’s ongoing House of Representatives elections saw a high number of women candidates, with the 2021 Parliament set to have a commensurate high number of female members.

In the 2020 elections, several women have run for seats in the parliament under both the individual and the list systems, and have made considerable gains compared to the previous parliamentary elections in 2015.

In 2019, the Egyptian Parliament approved amendments to the Constitution that included increasing the share of female parliamentary representation to 25% of seats. The move is considered one of several positive steps aimed at improving the conditions of women and empowering their role in the Egyptian society.

In an October statement, the Egyptian Center for Women’s Rights (ECWR) said that a total of 347 female candidates were running for individual seats in the 2020 House of Representative elections. Of this number, 303 were running as independents and 44 were backed by political parties. Women accounted for 8.6% of the total 4,006 candidates in the individual system.

There are 280 women candidates running for elections under the party list system, out of a total of 568 candidates, representing 49.5%, thus the total number of female candidates becomes 627, the ECWR said.

Among the female candidates in this year’s parliamentary elections is Fatmah Selim, who has become the youngest female member of Parliament (MP) in Egypt after winning in the first phase of elections.

As a member of the Reform and Development Party, Selim took part in the National Unified List for Egypt North, Central and Southern Upper Egypt, in an area extending from Giza to Aswan.

Such is her youth, she was able to submit her documents to apply for the House of Representatives elections only ten days before the nominations door closed. She was selected by her party as one of the members to run in the unified list for the elections.

Selim is not the only politically active member of her family, too, as her father, Ahmed Mohsen Mubarak, is currently a member of the newly-formed Senate. He belongs to another party.

Talking to Daily News Egypt, Selim said that her decision to become an MP, and her selection by the Reform and Development Party, was not initially part of her plan. She said that it all was by coincidence, as she reached the eligible age for candidacy only 10 days before closing the door for nomination.

She said “People were so supportive and happy of my nomination, especially women, not only because I am a woman, but also because I am young.”

Although she did receive some negative comments on her candidacy, she added, “The majority of men and women welcomed my nomination and this was surprising for me especially as my constituency is in Upper Egypt, and I really found people happy that there is a young woman in this position.”

Selim started working with the Reform and Development Party whilst still a student at university. She joined many of the party’s activities, including meetings and seminars. In 2018, she graduated in 2018 from the Faculty of Mass Communication.

“I first worked with a company that works on producing short films and documentaries on educational topics, most of which were sponsored by the United Nations (UN),” Selim said, ”After graduation, I studied Arabic language at the Al-Ahram Institute to improve as I wanted to work as TV presenter, and in late 2018, I started working as a news presenter at the AlHadath AlYoum channel.”

Regarding her work plan, she said that she will be focusing on three topics: women, youth, and human rights.

“There are certain problems in the government which I will shed light on, and there are other general issues which exist nationwide,” she said, “Once I join parliament, I would prefer to join the media and culture committee, since I am, foremost, a media person, or I would like to be a member of a women’s or human rights committee.”

She added that women’s empowerment is the top, and most important, priority in her work plan.

“Women everywhere always face the challenge of what they are able to do, and in Upper Egypt, women are struggling to find work, as men are more preferred for roles outside the home,” Selim said

She said that changing this image of women is an important step towards women’s empowerment, and it has been aided by people now being able to see for themselves women making progress in terms of their work. This is particularly in the form of women leading highly successful ministries in Egypt, which has significantly contributed to women’s empowerment in Egypt.

“An awareness is also part of my plan, which has already been evidenced in a larger number of women becoming aware of their rights and who have started to speak up about their rights, such as documenting harassment,” Selim said, “Despite many women recognising that they can reject anything that they don’t want, there are still females who don’t know this, and this is our role to let them know and be fully aware.”

She added, “During my campaign, I visited people in several areas of Upper Egypt that are part of my constituency, where I talked to females about the challenges they face, with the issue of finding work opportunities a real issue for them.”

She noted that the women of her constituency mostly complained about the difficulty in finding work in their city, and when they usually do find it, the employment is either outside their city or with low salaries and long working hours.

“Unemployment will also be in my work agenda, even though it’s a big file and has a lot of aspects,” Selim said, “Many have faced problems of being rejected from work opportunities due to a lack of experience. But how can people get experience when no one wants to give them the chance to work?”

Selim added that she has also suffered from the issue of unemployment following her graduation, noting that “I can understand these concerns and I will work on limiting it in my constituency.”

There are some companies that hire people but train them first before work, she suggested saying that companies should invest more in training students and graduates.

On the other hand, there is a large group of youth who want to work a certain job, for a variety of reasons, and this is a misconception which will be worked on to correct, as they have to be open to try different things.

On her evaluation of the role of women in the 2015 parliament, Selim said having extra seats for women in parliament is impressive. There were also a lot of young women who were nominated for individual seats this year, which too is impressive.

This also happened in 2015, with that year’s parliamentary elections seeing many females run for individual seats. Female MPs, such as Dina Abdelaziz who worked hard to play a beneficial role for her constituents, became some of the most influential parliamentarians in the 2015 elections.

Abdelaziz proved her critics wrong, disproving the comments of some who said that women join parliament and take the membership, but do not do anything later.

Speaking on the challenges that MPs face, Selim said the most important of these is understanding people’s issues and getting them to understand the MP’s role correctly. This would then do much to help MPs work on solving the issues seen across Egypt.

She also pointed out that there is a misconception about the role of MPs, as members who are running for individual seats are only working for their constituency. On the other hand, those who join the party lists, such as Selim, need to undertake more of an effort as they are running for several areas.

She also added that people should know that members cannot hire them in jobs, but can help them to gain the necessary qualifications for jobs, and offer them work opportunities.

“I will also focus on youth, that’s why I was nominated in these elections, to have a seat for youth. I am their age, I have lived and still live the same issues as them, and I can express them well,” Selim said.