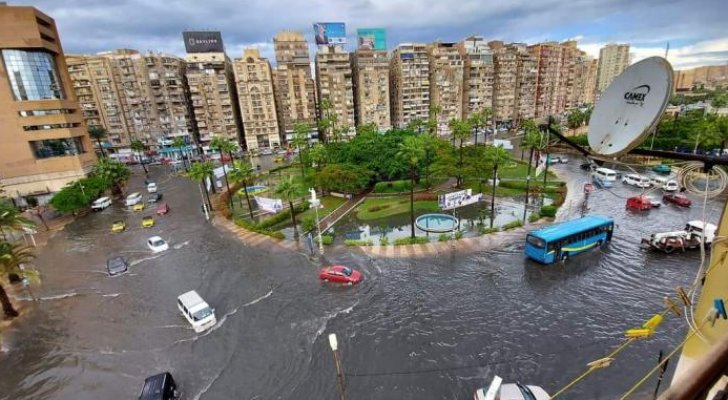 Heavy rainfall hit several parts of Egypt, on Wednesday, amid predictions by the country’s meteorological authority of unstable weather conditions until Friday.

The wave of bad weather hit hard in Alexandria and parts of the North Coast, accompanied by heavy rains, north-westerly winds and a noticeable drop in temperatures.

Rain flooded streets, while the accumulation of water disturbed the traffic in several governorates.

Egypt’s Meteorological Authority announced that a state of nationwide weather instability is expected over the three days from Wednesday to Friday. The authority also expects rainy weather in some areas of Greater Cairo, the Delta, and the North Coast.

The eastern coasts will witness better weather conditions, and moderate weather in South Sinai which will also experience moderate winds at times.