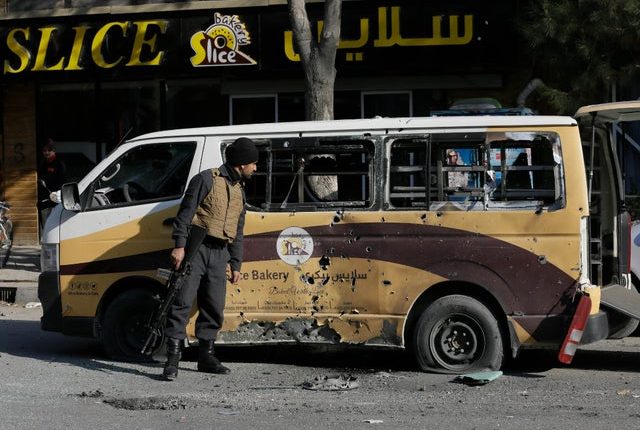 Pakistan on Wednesday condemned blasts in Afghanistan’s central Bamiyan city and said that the spike in attacks in public places in Afghanistan is an attempt of those who want to harm the country’s peace process.

Afghan officials said that 17 people were killed and nearly 50 were injured in the twin blasts on Tuesday at a market place in Bamiyan, a relatively peaceful area in the war-shattered country.

The Pakistani foreign ministry said that Pakistan has noted with concern that as there is progress in the Afghan peace process, the increased terrorist attacks on civilian targets, including educational institutions and public spaces are aimed at undermining the peace efforts.

“We, therefore, continue to underline the need to be vigilant about the designs of the spoilers,” the foreign ministry said in a statement.

“Pakistan strongly condemns blasts in Bamiyan city, which resulted in loss of precious human lives and injuries to several others. We convey our deepest condolences to the bereaved families and pray for speedy recovery of those injured in these gruesome attacks,” the statement said.

It added that Pakistan condemns terrorism in all its forms and manifestations and that Pakistan stands in solidarity with Afghan nation in this hour of grief and reiterates its commitment to a peaceful, stable and prosperous Afghanistan.