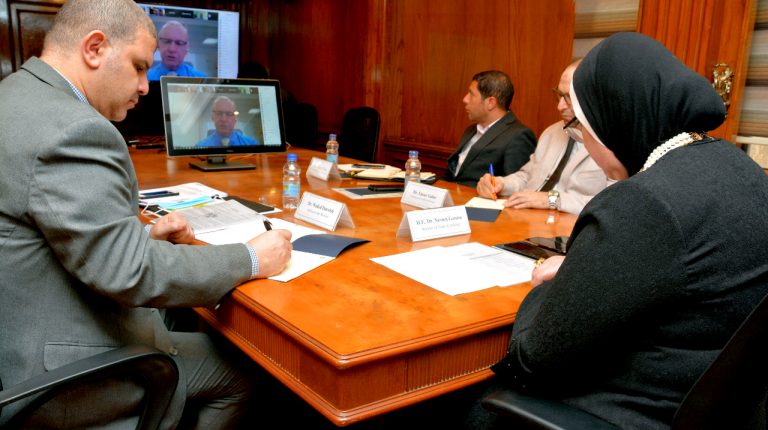 World Bank Group representatives have praised the structural reforms to the Egyptian economy, especially those related to the country’s export and import system and issuance of a new customs law.

The Egyptian government’s reform plan has also seen an improvement in the country’s business environment, and has contributed to developing the Egyptian economy’s performance indicators.

It came during an expanded video conference meeting held by Egypt’s Minister of Trade and Industry Nevine Gamea, with representatives of the World Bank headed by Mark Ahern, Lead Country Economist for Egypt, Yemen and Djibouti.

Ahern praised measures taken by the Ministry of Trade and Industry in the field of energy efficiency, and the trend towards clean energy in industry.

For her part, Gamea presented the Egyptian government’s efforts to activate the one-stop shop, and said that improving the business environment is a top priority for the government’s action plan.

Many measures have been taken aimed at simplifying procedures, injecting more incentives to provide an attractive environment for local and foreign investments.

With regard to the measures taken by the ministry to improve energy efficiency, Gamea pointed out that a ministerial decree was issued to oblige electric motor producers and importers to control production and import. This will take place in accordance with Egyptian standard specifications for energy levels in electric motors.

She stressed the ministry’s keenness to activate the decision to increase the use of energy-saving electric motors.

The minister also noted that Egypt has undertaken many ambitious measures with regard to increasing the flow of foreign trade. These measures also include providing job opportunities and improving business performance, as approved by the annual reports issued by the World Bank.

Gamea further noted that the Ministry of Trade and Industry is studying the possibility of providing financing to help factories replace current electric motors with energy-efficient ones. The funding will be provided through the local banking system and the Micro, Small and Medium Enterprises Development Agency (MSMEDA), which has the ability to reach all categories of small enterprises targeted.