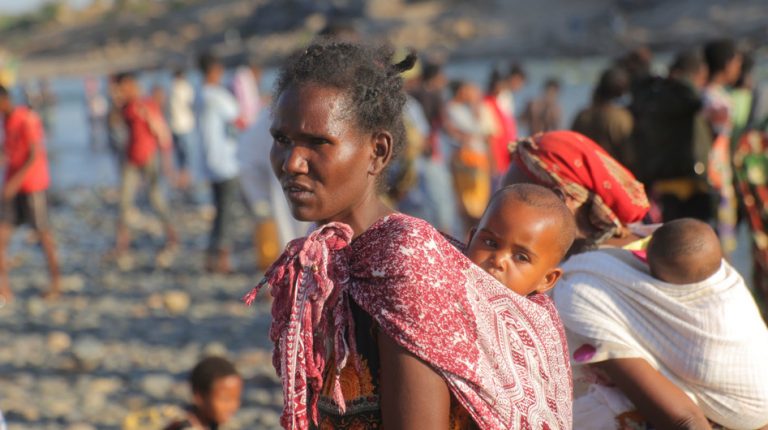 According to the most recent estimates of the United Nations, over 40,000 Ethiopian refugees fleeing the war in the region of Tigray have crossed the border into Sudan, which is beyond Sudan’s accommodation capabilities.

Sudan’s government has expected the number of the Ethiopian refugees fleeing into the country to reach around 100,000 before the end of the current year.

“There is a lack of response from the partners and humanitarian organizations to displacement requirements, including food, water, health services and shelter,” Khalid noted.

“The refugees have a very large impact on eastern Sudan’s areas given the tense situation in the Sudanese state of Kassala, which borders the Ethiopian Tigray region,” Osman Faqiri, a Sudanese security expert and activist on eastern Sudan issues, told Xinhua on Thursday.

“The situation in eastern Sudan cannot bear other problems and complications,” he added.

Yasin Ahmed, president of the Ethiopian Institute for Public Diplomacy, told Xinhua that “Sudan will be affected by the refugee influxes given the country’s hard economic conditions” and “this crisis negatively affects not only Sudan, but also the entire region.”

Violence and insecurity are reported spreading in Ethiopia beyond the conflict-torn Tigray region as people flee its major city of Mekele, UN humanitarians said on Wednesday.