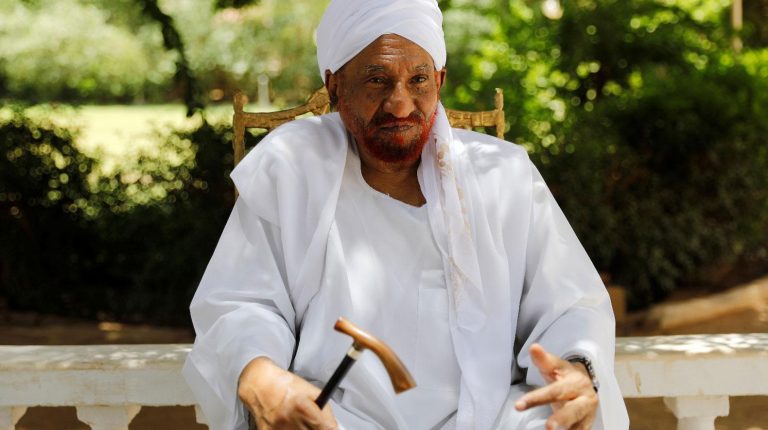 Sudan former Prime Minister and leader of the National Umma Party (NUP) Sadiq Al-Mahdi has died from the novel coronavirus, the NUP announced in a statement early Thursday.
Al-Mahdi, aged 84, was flown to the United Arab Emirates to receive treatment after he tested positive for COVID-19 earlier this month, but his condition deteriorated during the past hours and died there from an acute pneumonia due to complications of the virus.
Al-Mahdi was born in December 1935 in Sudan’s Omdurman city.
He served as Sudan’s prime minister during 1966-1967 and 1986-1989.