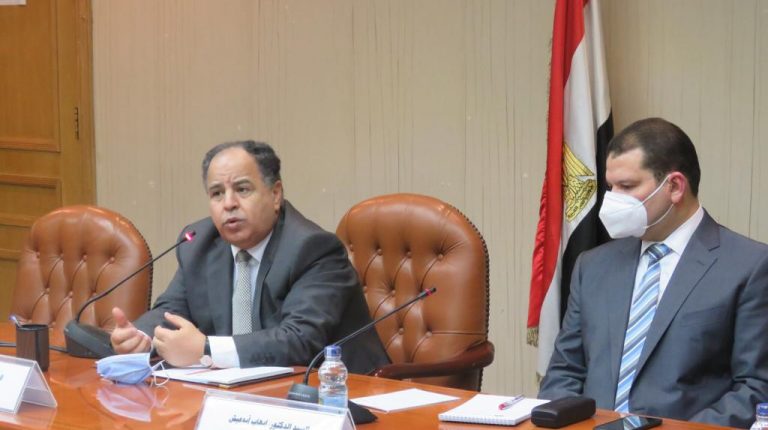 Egypt’s Minister of Finance Mohamed Maait has revealed that the government intends to link the country’s tax, customs, and real estate tax services electronically by the end of June 2022.

Maait’s remarks came during an open meeting held with the president and members of the Egyptian Businessmen’s Association (EBA).

According to a Ministry of Finance statement, on Saturday, Maait said that he is keen to undertake dialogue with Egypt’s business community. He also said that it is a genuine partner in achieving comprehensive and sustainable development, with the dialogue aiming to closely identify and overcome the challenges the community faces.

During the meeting, Maait confirmed that there is a law that allows the Prime Minister to decide on temporary exemptions from the real estate tax for some sectors. This is based on the proposal of the competent minister, and has been put in place due to the novel coronavirus (COVID-19) pandemic.

In the current circumstances, Egypt’s real estate tax has been reduced on tourism facilities for several months, a facility that will come to a conclusion at the end of December.

The minister said that all tax departments were deprived from their administrative forfeiture. He noted that the administrative forfeiture should not be issued except after communicating with the owner of the commercial activity and the completion of an investigation by the relevant higher committee at the ministry into the incident to make the matter more equitable.

This comes in light of a full understanding of the importance of boosting production and maintaining employment, and awareness of the negative effects of asset forfeiture on the investment climate.

“We are moving aggressively on the path of digital transformation to modernise and automate the tax and customs administration systems,” Maait said, “This will be in a way that facilitates procedures and strengthens governance, broadens the export base, facilitates domestic and foreign trade, and reduces the cost of goods and services in local markets.”

He added that all Egyptian ports will be linked to an electronic platform through the one-stop-shop system in customs by the end of June 2021. The step will contribute to simplifying procedures, reducing the cost of goods, and reducing the customs clearance time to less than three days.

Maait added that the necessary measures are being taken to integrate Egypt’s regulatory authorities, and to provide laboratories for inspection in each port. He also pointed to the formation of one or more permanent joint committees in the inspection yards at each of the country’s customs port.

The minister said that the new customs law’s executive regulations will not be issued until after it is proposed for dialogue with the business community.

The customs law provides the possibility of the pre-clearance and payment of customs duties before the arrival of goods. It also permits the exchange of information and secured data electronically between the Customs Authority and state agencies or external parties.

This would reduce the time needed for the release of the goods without inspection through the green path. It would also allow for the establishment of an electronic system for advance information about the goods before they are shipped from the export port to the Egyptian ports.

He said that Egypt is the first country in the Middle East to implement the electronic invoice and electronic receipt systems, which will soon be implemented. Additionally, the experimental operation of the automated unified tax procedures system will be launched at centres for large and medium taxpayers, as well as major professions, at the end of next December.

The filing of declarations through this system will be available in those centres as of the next tax season. This system will be deployed over four stages to the remaining departments within two years, starting from next January.

Maait added that the Egyptian Cabinet has approved the licence for the Ministry of Finance to establish a company specialising in tax technology solutions operations. This will take place in the name of the E-TAX Technology and Operating Solutions Company, and will provide services and manage the operation and development of the electronic tax systems.

It will include the service provider system for the electronic invoice and electronic receipt systems, as well as the Egyptian Tax Authority’s (ETA) unified portal.

The minister said that the new amendments to the Income Tax Law will allow for the progressive construction of tax justice in Egypt. This will ensure that tax brackets are improved, and achieve tax savings for the lowest, middle, and upper-middle-income groups. It will also address the distortions that were present in the previous system, and which were based on tax deduction, in a way that helps reduce the financial burdens on citizens.

Maait pointed to the 60% increase in the tax exemption threshold as the exemption bracket for each taxpayer was raised from EGP 8,000 to EGP 15,000. This has come in addition to the increase in the personal exemption limit for salaried workers, from EGP 7,000 to EGP 9,000, with annual incomes of EGP 24,000 to be exempted from taxes.

He explained that a new social segment has been created for low-income people whose annual net income ranges from EGP 15,000 to EGP 30,000 in addition to the personal exemption limit, which brings the tax to 2.5%.

The minister said that the tax on micro, small, and medium enterprises (MSMEs) has been simplified according to the volume of sales through a single annual simplified tax return.

Investors can apply for lump-sum payment of export subsidy dues in November: Maait