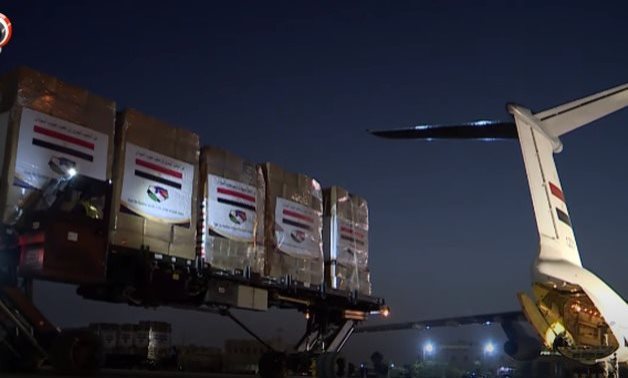 Since the independence of South Sudan in 2011, Egypt has significantly assisted the country in its development process, providing support in various fields of which the health and education sectors were most important.

The Ministry of International Cooperation handles Egypt’s development file for South Sudan, overseeing the financing and planning of projects, grants and agreements in the country.

This comes as part of comprehensive development, especially in the fields of education and health, with the ministry also monitoring the implementation of these development projects in line with the concerned authorities.

On Wednesday, Egypt’s Minister of Health Hala Zayed announced that a three-tonne shipment of medical aid, including drugs for treating Hepatitis B and C, was sent to South Sudan.

The aid comes as part of the continuing work on the Egyptian President’s initiative to treat a million Africans infected with Hepatitis C.

During the recent massive floods that swept the country in September, President Al-Sisi directed for the opening of an air bridge to Sudan and South Sudan. This provided urgent aid to those affected by the floods, and included military transport planes carrying shipments of foodstuffs.

In May, during the novel coronavirus (COVID-19) outbreak, President Al-Sisi also directed for a military transport plane to be prepared and equipped with large quantities of medical and medicinal aid.

The plane also included disinfectants and protective suits for medical staff, as well as large quantities of baby milk to help South Sudan overcome the pandemic. Egypt also set up a medical clinic in the country’s capital, Juba, to support the country’s medical sector.

In 2017, Egypt donated about 20 tonnes of medical, drug and food aid through a convoy, to alleviate the suffering of South Sudanese citizens. A further shipment of aid was sent in October 2018.

The support to South Sudan has not been limited to food commodities and medical aid, but has also taken place in other fields, including education and electricity.

On an educational level, Egypt has set up a number of training courses, and provided scholarships to Egyptian universities. This comes as part of cooperation projects between Egypt and South Sudan that include establishing schools and universities in Juba.

Egypt organised a conference to present studies for the building of a multi-purpose dam in South Sudan. The project aims to generate electricity and provide drinking water to over 500,000 people, as part of Egypt’s support for the country.

As for water complexes, Egypt has dug a total of 30 underground wells to provide potable drinking water to the people of Southern Sudan. The former has also established a central laboratory for analysing water quality in South Sudan, and another project to measure water levels and discharges.

This comes in addition to establishing a multi-purpose dam that provides the necessary electrical energy to the people in the region.

In addition to this, Egypt has undertaken irrigation projects to purify water from the River Nile, which is the lifeblood of all Nile Basin countries, in addition to constructing three power stations.

The IDRC in Egypt: an interview with David Malone

Sudanese refugee: Eight years in Egypt and still no status