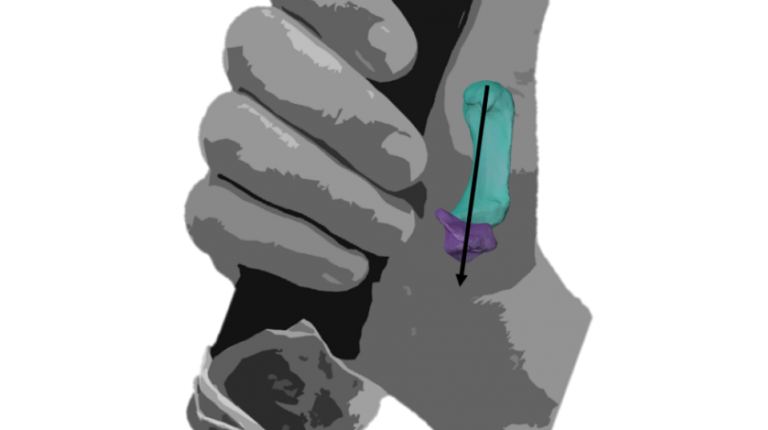 Findings of a new paper revealed that Neanderthal thumbs were significantly accustomed to holding tools in a way similar to the manner in which modern humans hold a hammer.

These bones are called the trapeziometacarpal complex. Scientists studied differences between Neanderthals and modern humans, according to a recent paper published in the Scientific Reports journal.

The results of the study underscore the importance of holistic joint shape analysis for understanding the functional capabilities of our fossil relatives. It also underscored the evolution of the modern human thumb, according to Ameline Bardo, Postdoctoral Research Associate in the University of Kent’s School of Anthropology & Conservation.

Bardo explained that she and her team used a 3D analysis of bone shape, called geometric morphometrics, which allowed them to quantify how the joint shapes and orientations co-vary across different bones.

They specifically looked at the shape co-variation between the trapezium (a wrist bone at the base of your thumb), and the proximal end of the first metacarpal (the first bone in your thumb that joins the wrist) in Neanderthals. They then compared these findings to early and modern humans.

The joint at the base of the thumb of the Neanderthal fossils is flatter with a smaller contact surface between the bones. It is better suited to an extended thumb positioned alongside the side of the hand.

This thumb posture suggests the regular use of power ‘squeeze’ grips, which is the grip we use when we hold tools with handles. In comparison, human thumbs have joint surfaces which are generally larger and more curved. This is an advantage when gripping objects between the pads of the finger and thumb, known as a precision grip.

Although the morphology of the studied Neanderthals is better suited for power ‘squeeze’ grips, they would still have been capable of precision hand postures.

Bardo added that the findings suggest that Neanderthals would have found this more challenging than for modern humans.