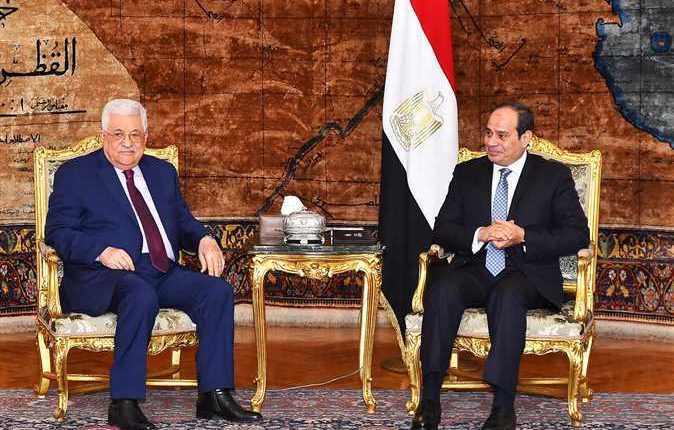 The two leaders are expected to discuss bilateral relations and regional affairs at their meeting on Monday. Discussions will also address the Palestinian Cause and the Peace Plan in the Middle East, as well as the reconciliation between the Palestinian factions.

Palestinian Ambassador to Egypt Diab Al-Louh said that Abbas’ visit aims to affirm the permanent and continuous consultation and cooperation between the two presidents regarding the various issues at the Arab, regional and international levels.

He added that the meeting comes as part of the joint coordination between the two leaders, to meet the challenges that the Palestinian people are facing in obtaining their rights.

Al-Louh noted the Palestinian’s insistence on their right to self-determination, and to establish an independent state with full national sovereignty over all the lands that were occupied in 1967. East Jerusalem must be the capital of the Palestinian State, Al-Louh added.

The Ambassador praised Egypt’s position in support of the Palestinian people and their fair cause.

During his conversation with Abbas in July, President Al-Sisi confirmed Egypt’s steady position in support of the Palestinian cause. The Egyptian leader also noted that his country is closely coordinating with the Palestinians on reaching a comprehensive peace.

During the call, the two presidents agreed to maintain intensive bilateral coordination on numerous matters of common interest.