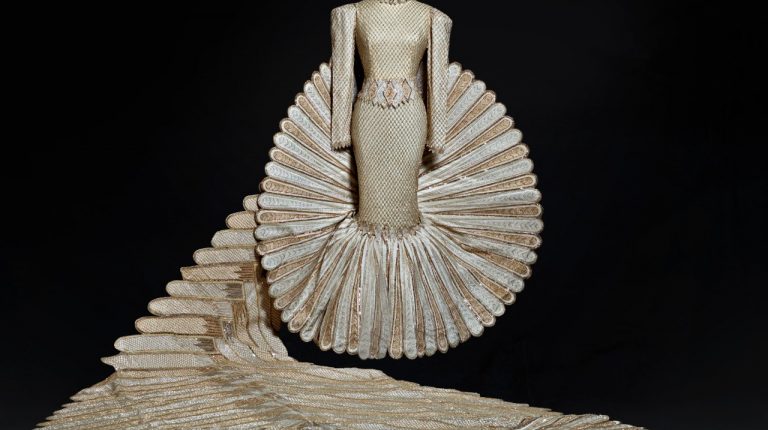 Egyptian actress, singer and dancer Sherihan is leading a number of global and Middle Eastern celebrities who are donating some of their exceptional possessions to a charity auction. A dress that was designed for her role in Arabian Nights, has since become the most expensive item of clothing in the Middle East.

International auction house Sotheby’s is cooperating with five Lebanese non-governmental organisations (NGOs) to raise funds for rebuilding Lebanon and supporting its people after the massive explosion that rocked the Beirut Port in August. The proceeds of the auction will be funnelled to help the victims of that explosion, of whom many have been left homeless.

The items that have been donated for auction include possessions from international fashion houses, Arab and foreign celebrities, artists as well as international jewellery designers. Sotheby’s will also name one artist as the most popular star on the sidelines of the event.

The auction house nominated Sherihan to participate in the auction with a luxurious silk haute couture gown that she co-designed and wore for her Ramadan show, Arabian Nights, in 1987.

Charitable institutions will share the proceeds from the auction, with aid to be distributed to the most vulnerable societies affected by the August port blast.

Following the auction, the proceeds will be donated to five charities, including Nusaned, Beit El Baraka and Baytna Baytak, whose focus is on shelter for displaced families. The venture philanthropy organisation, Al Fanar, which provides support for social entrepreneurs and small businesses will also receive funds, as well as the House of Christmas, which will help preserve and protect heritage buildings.

Starting her acting career at an early age, Sherihan has made her mark across multiple platforms, including cinema, television, and theatre.

Although the actress chose to remain largely out of the spotlight, she is still considered an icon of musicals in Egypt. The superstar retired in 2002 due to health issues.

However, in 2017, during a party sponsored by ElAdl Group, she announced that she would be coming out of retirement. Most recently, film critic Tarek El Shennawy announced she is once again returning to the theatre in a new play, entitled Coco Chanel, directed by Hady Al-Bagouri.