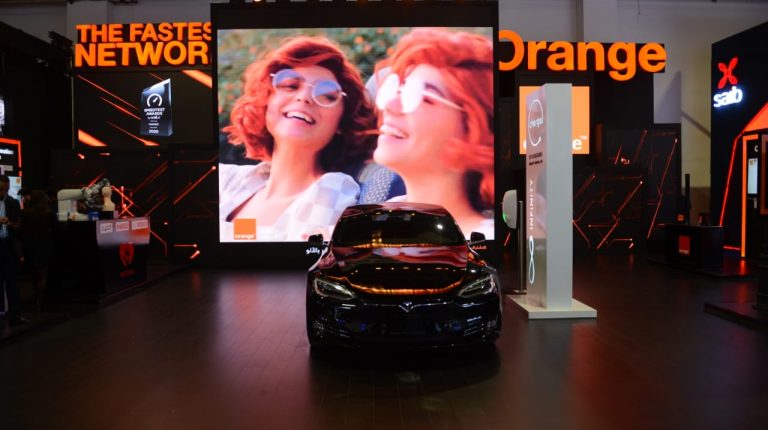 Orange Egypt, the leading provider of integrated telecommunications services, announced its participation in the 24th Cairo ICT which is held from November 22-25 under the patronage of H.E. President Abdel Fattah El Sisi.

During the exhibition, Orange presented its Corporate Social Responsibility projects, especially the initiatives that aimed to support the state’s efforts during outbreak of COVID-19 where the company directed its support to those who were affected badly by COVID-19 repercussions, whether the daily workers or those who work in the medical sector, from which the number of beneficiaries reached more than 500 thousand.

Besides, Orange supported public hospitals in all governorates by offering medical and preventive supplies and respirators and to this day, Orange is still continuing this support, in addition to distributing more than 100 thousand cartons of food and disinfectant materials.

Orange Mini Fab Labs have also contributed to these initiatives in cooperation with Fab Lab Egypt where the company was been keen to spread in a sustainable manner for years in other governorates to solve the centralization problem in Cairo and enhance the Egyptian industrial capabilities in Ismailia, Aswan, Assiut, Mansoura and Sharkia.

Orange Group has also pumped investment of over 670,000 euros in 7 countries to support startups where “7Keema” project, which is an advanced digital application for integrated healthcare, representing Egypt won the prize. The application provides home nursing services to patients after their discharge from hospitals, provide care for the patients with chronic diseases and as well as the elderly care services it provides in addition to many other health care services. Orange Group will provide the team with more than 100 thousand euros as an  initial funding.