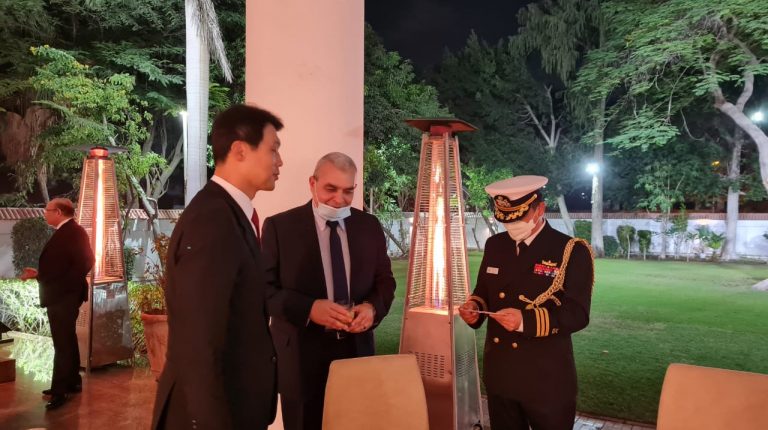 The South Korean Embassy in Cairo organised, on Thursday evening, a limited reception to mark the silver jubilee of the establishment of diplomatic relations between Korea and Egypt. The event also marked the Republic of Korea’s National Day.

Korean Ambassador Hong Jin-wook said that traditionally, the Korean Embassy holds a major celebration to mark the country’s National Day. This year was also particularly important for the embassy in Cairo, due to its being 25 years since the establishment of diplomatic relations between South Korea and Egypt.

The embassy has, however, put health and safety first, especially in light of the current conditions due to the novel coronavirus (COVID-19) pandemic. Ambassador Hong expressed his hope that the ongoing cooperation between the two countries witnesses a qualitative leap in various fields in the near future.

The preventive measures for the coronavirus were adhered to during the ceremony, which was attended by a range of ministers, including Minister of Finance Mohamed Maait, Minister of State for Military Production Ahmed Morsi, and Chairperson of the Korean-Egyptian Business Council Khaled Naseer.

Usually, the Korean embassy celebrates the Korean National Day on 3 October every year, but the celebration was postponed this year due to the global health crisis. .