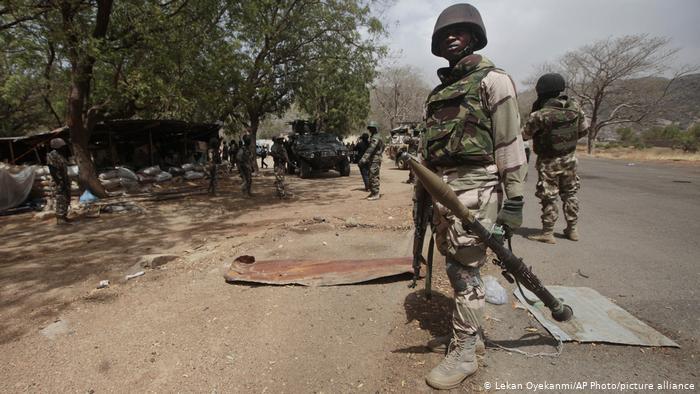 In a statement, Al Azhar said that the targeting of innocent civilians represents a terrorist act, which violates the teachings of all religions, including Islam. It added that all religious faiths call for the respecting and protection of places of worship, and criminalise any transgression against them.

Militants killed at least 70 farm workers in rice fields near Maiduguri, in the northeast of the country, on Saturday, news agencies and Nigerian media reported.

The attack, which injured six others, took place in the village of Koshobe in Nigeria’s restive Borno state. A local anti-jihadist militia told the AFP news agency that the fighters tied up the farm workers and slit their throats.

Although no group has yet claimed responsibility for the attack, a local anti-jihadist militia said Boko Haram was likely behind the killings.

“It is no doubt the handiwork of Boko Haram, who operate in the area and frequently attack farmers,” militia leader Babakura Kolo told AFP.

The workers were from the Sokoto state, in north-western Nigeria, and had travelled roughly 1,000 km (621 miles) to the northeast to find work, another militia member, Ibrahim Liman, told AFP.  Eight others are missing and are presumed to have been kidnapped by the militants, Liman added.

“The entire country has been wounded by these senseless killings,” he said in a statement.

Boko Haram and ISWAP, its Islamic State (IS) linked rival which is also active in the region, have increasingly targeted loggers, herders and fishermen. The groups have accused them of spying and passing information to Nigeria’s military and the local militia.

Saturday’s attack took place as people voted in local elections in Borno state. The elections had been postponed repeatedly because of the increasing number of attacks.