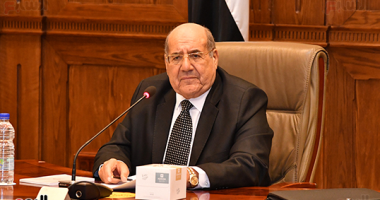 Egypt’s newly reconstituted Senate, headed by Abdel-Wahab Abdel-Razek, approved its bylaws that will regulate its activities for the next five years in a final vote on Sunday.

The bylaws were submitted to President Abdel Fattah Al-Sisi for ratification, in preparation for their submission to the House of Representatives. The Sunday session witnessed three hours of discussions and debates on the 292 articles of the Bylaws.

During the Senate’s plenary session, Abdel Razek said that a number of articles had been developed to fit the provisions contained in the Constitution. These are to ensure legislative integration between the Constitution and the law.

The Senate made several amendments to the draft submitted by the General Secretariat of the upper chamber.

The Senate’s bylaws come in line with the provisions of Articles 118 and 254 of the Constitution, especially as the Senate is constitutionally obligated to set its bylaws. These will guarantee its organisation of work, and enable it to exercise its competencies.

They argue that this is particularly important since there may be constitutional amendments at a later date, which will lead to expanding the powers.

Article 1 in the bylaws states that the Senate is one of Egypt’s two legislative chambers, and that it exercises its role in line with the Constitution and in cooperation with the House of Representatives.

The Senate members also rejected a proposal submitted by Senator Mahmoud Hussein, asking that “Islamic sharia” should be removed from Article 46.

This article states that the Senate’s Constitutional and Legislative Affairs Committee shall be entrusted with studying amendments to laws and ensuring they do not violate principles of Islamic Sharia and constitutional provisions.

First Deputy of Senate Speaker Bahaaeddin Abu Shoqa said that the term “Islamic Sharia” is necessary, as the Constitution stipulates in Article 2 that it is the main source of legislation in Egypt.

Senator Hussein justified his request, saying that the “Islamic Sharia” in this context may contradict the legislation specific to Christians.

He added that the term “Islamic Sharia” in the fifth clause of Article 46 does not add anything new, and is considered a repetition of what is stated in the Constitution. He pointed out that no legislation can be issued in this case based on the principles of Islamic law for different religions.

Hussein added that this proposal did not intend to provoke religious controversy or legal constants, and that the Constitution had approved Islamic law as the main source of legislation. He referred to the personal status law that allows people of different religious faiths to use their own religious laws.

He said that the use of Islamic Sharia in the Senate bylaws may be unconstitutional, as it did not mention other sources of legislation as stipulated in the Constitution.

The senator believes that his proposal regarding the amendment of bylaws is in accordance with the law and the provisions of the Constitution.

Article 2 of the Egyptian Constitution stipulates that Islam is the official religion of the state and that Arabic is its official language. Additionally to this, the principles of Islamic Sharia are the main source of legislation.

Meanwhile, the Senate also approved an amendment to Article 234 of the bylaws, which states that senators can travel abroad only after getting a prior approval from the senate speaker. They must also submit a written request that highlights their travel destination and reasons for travel.

Senate Speaker Abdel-Razek amended the article to reflect the Constitution, on the grounds that when a senator decides to travel abroad, they do this not just because they are an ordinary citizen. They should do so because they are senators and so they have to take a prior approval from the chamber.

The controversial Article 234 also states that senators will be allowed to hold meetings or sign contacts with foreign agencies when they are abroad, only upon prior approval from the senate.

The bylaws also state that Senate members will be allowed to give their views only on certain issues. These include: the amendment of constitutional articles; the annual socio-economic development plans; the alliance, reconciliation and sovereignty treaties with foreign countries; and draft laws referred by the president and the House of Representatives.

Other articles state that senators will have some supervisory powers such as directing questions that must be answered by cabinet ministers. These also cover the opening of a public debate on a certain government policy, and submitting and directing proposals to the Prime Minister.

Senate members will also be required to uphold the principles of: political competitiveness; mutual acceptance; women’s and youth empowerment; and supporting the principles of citizenship; social justice; freedom of expression; and fighting all forms of organised crime; particularly terrorism; as well as racial discrimination; and tribal conflicts and sectarian strife.