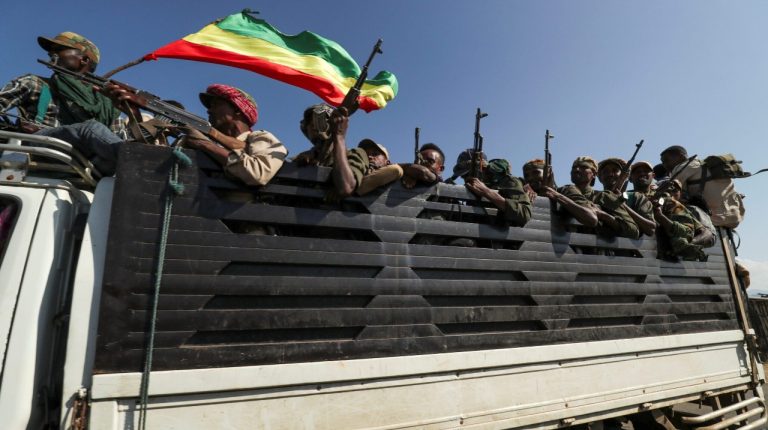 Ethiopia has recently been witnessing an upsurge in bloody internal events, which threaten the state’s political future and the fate of the government headed by Prime Minister Abiy Ahmed.

After multiple delays, and the Ethiopian government’s disavowal of binding international agreements regarding the Nile Basin, the Ethiopian Prime Minister is leading a fierce war on the country’s northern Tigray region.

Ethiopia holds a special significance for Nile Basin countries and their ability to access water, as the country is home to 11 rivers, and contributes about 85% of River Nile water.

The Tigray crisis was exacerbated following the region’s decision to hold local elections, despite the central government’s decision to postpone nationwide general elections. Internal events have since escalated dramatically.

The situation is now stuck between accusations from the regional government that Ahmed’s newly established party was unable to face an electoral confrontation, and the central government’s response to postpone elections due to the novel coronavirus (COVID-19) pandemic.

The constitutional crisis between the Tigray region and the federal government set a precedent in the country’s history. Three decisions ignited fires of anger among the Tigray People’s Liberation Front (TPLF), which has dominated the ruling coalition for nearly three decades until Abiy came to power in 2018.

These include Abiy Ahmed’s rapprochement with Eritrea, Ethiopia’s arch-enemy, and the formation of a new national party to replace a coalition based on racial basis. The postponement of the country’s general election has also inflamed the anger further.

Against the background of mutual accusations between the two parties, and the escalation of internal events, Prime Minister Ahmed declared a six-month state of emergency in the Tigray region.

Alongside this, he also banned all civilian flights in the region, and encouraged the return of retired generals to military service with the Ethiopian Defense Forces. This has meant that the crisis has now turned into an armed conflict, threatening a nation-wide civil war.

The Secretary-General of the United Nations, Antonio Guterres, expressed his concern over the armed clashes in Ethiopia. Guterres also urged calm at a time of increasing fears that a civil war may erupt in the important African country, thanks to its location, geography, and its control of River Nile resources.

In this context, Daily News Egypt spoke with experts on international affairs and African relations, about the future of recent developments in the Horn of Africa and the consequences of the conflict.

This was also an opportunity to review the potential consequences of the recent US elections which has brought in a new administration under President-Elect Joe Biden, who will officially assume his duties next January.

The upheavals that Ethiopia is currently experiencing are likely to have an additional effect on the stalled negotiations regarding the country’s dam project, and what this may mean for its relations with Egypt.

Basem Rizk, Professor of Political Science at the Faculty of African Postgraduate Studies, said that the crisis in Ethiopia’s northern Tigray region is one of recurring episodes of crises within the Ethiopian community.

He also said that the features of the country’s political system provide the opportunity for separation. It appears that Prime Minister Ahmed is preoccupied with foreign policy and presents a lack of interest in the aspirations of the internal community. This has coincided with the elections in the region, and the inability of his newly established Prosperity Party to run in the elections.

Rizk added that the Ethiopian government’s use of live ammunition is considered a war crime, and would further fuel conflicts inside the country, whilst closing the door for peaceful political understanding.

He said that the African Union (AU) has adopted the role of spectator, and has not seriously intervened in the crisis, although its founding laws gives it the tools through which to make a move.

There are also implications from the announcement by Ethiopia’s Minister of Water, Irrigation and Energy Seleshi Bekele, that his country will start the first phase of electricity generation from the Grand Ethiopian Renaissance Dam (GERD) in June 2021.

This comes in addition to the impact of those events on Ethiopia’s negotiating position regarding the sharing of River Nile water with downstream countries, Egypt and Sudan. Rizk noted that Prime Minister Ahmed will only become more obstinate, in an attempt to justify what is happening internally to him, and to prolong his rule.

Moreover, Ahmed Amal, Professor of Political Science and Head of the African Studies Unit at the Egyptian Center for Thought and Strategic Studies, said that the outbreak of conflict in Ethiopia is unsurprising.

He noted that the two sides have been preparing for this for months, as evidenced by the Tigray region’s elections, which took place without the approval of the federal government.

Amal said that the media blackout imposed by Ethiopia’s federal government indicates it is ensuring that the situation remains invisible to the world, and the extent of the conflict and its internal exacerbation.

This began with the withdrawal of Reuters’ licenses to operate in the country, and a warning presented to the BBC and Germany’s DW against their continued coverage.

He said that in light of the current events, it is not possible to foresee any real change in the path of negotiations between Egypt, Sudan and Ethiopia regarding the Renaissance Dam. This is particularly in light of the continued approach to unilateral solutions, after Bekele’s 26 November announcement regarding electricity generation from Ethiopia’s dam project.

These positions put the AU, which is currently chaired by South Africa, in a position of great embarrassment, and warns of the possibility of returning the file to the UN’s Security Council again.

On the impact of a new administration in the US next January, Amal said that the US’ specific position regarding GERD remains unpredictable. In light of the great international momentum that this issue has gained as a potential threat to peace and security in the Horn of Africa, however, it is expected to receive the appropriate attention from President-Elect Joe Biden and his team concerned with foreign policy in the first months of 2021.