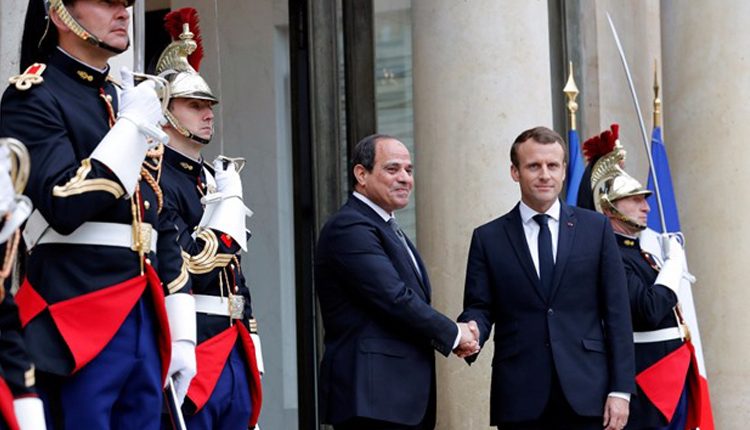 President Al-Sisi, who will be accompanied by a high-level delegation, is set to meet with his French counterpart, Emmanuel Macron, and other top French officials. The discussions are expected to tackle bilateral cooperation, and regional and international issues of mutual interest.

Recent tensions in the Eastern Mediterranean, the Libyan and Syrian crises, counterterrorism, as well as reviving the Middle East peace process are among issues that are also expected to be addressed.

Egypt and France enjoy close, friendly relations which have been enhanced in recent years. The two countries are keen on bolstering bilateral cooperation on economic, political, cultural levels.

France is a very important economic partner to Egypt, with the country having pumped €5bn in current investments into the latter. The trade exchange between the two sides has reached €3bn, according to Hassan Behnam, Managing Director of the French Chamber of Commerce in Egypt (CCIFE).

The two states also are working on enhancing cooperation in several communications and information technology (CIT) fields. This is focusing, in particular, on capacity building, providing support for entrepreneurship, as well as research and development in the field of artificial intelligence (AI).

Over the past four years, mutual visits conducted by the two countries’ heads and top officials have intensified.

The most recent visits were in 2019, with President Macron paying a visit to Egypt in January 2019. In August 2019, President Al-Sisi paid a return visit to France, to participate in a Group of Seven (G7) Summit.

On the military level, the Armed Forces of both Egypt and France regularly conduct joint maritime drills in the Mediterranean Sea, with an aim to exchange expertise, confront threats, and maintain maritime security.

Le Drian’s visit came to soothe tensions and outrage sparked in the Muslim world over controversial cartoons depicting the Prophet Mohammed that were recently re-published in France.