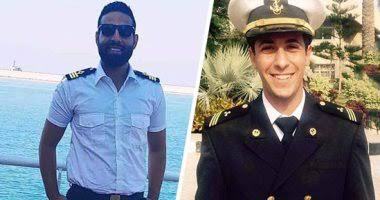 Egypt’s Assistant Foreign Minister for Consular Affairs and Egyptian Expatriates Ambassador Amr Mahmoud Abbas is closely monitoring negotiations to free the crew of a cargo ship, including two Egyptian sailors, kidnapped off the coast of Nigeria.

The kidnappers demanded that the company’s owner pay a ransom to release the ship and its entire crew, Egypt’s Ministry of Foreign Affairs said on Wednesday.

The Egyptian authorities were informed that the incident occurred approximately 15 nautical miles off the coast of Bayelsa, Nigeria’s southernmost state, the ministry said.

Pirates took the captain and 10 of the crew of the Lebanese cargo ship, called “St. Kitts”, hostage. Among the hostages were two Egyptian nationalities, Marine Officer Saad Shawky and Engineer Kyrollos Samir. Only one sailor remained on board who reported the incident.

The Ministry of Foreign Affairs is closely monitoring the latest developments in the situation, and has directed the Egyptian Embassy in Nigeria to contact all officials at the highest level. This is to ensure the safety of the kidnapped Egyptian citizens.

The embassy is also coordinating with the Nigerian authorities to negotiate for the hostages’ speedy release.

Earlier, the kidnapped persons made a phone call to the owner of the ship, on Tuesday morning, via the Al-Thuraya mobile satellite phone.

The Lebanese owner of the ship has said that he spoke to all detainees to ensure that they were safe and in good health. They added that the pirates have asked for a ransom of $2million for each person, which was later reduced to $1m, then to $300,000, local media reported.

Later it was revealed that the Nigerian authorities were able to locate the ship. The authorities in Abuja are seeking to free the hostages by tracking the movements and communications of the pirates.