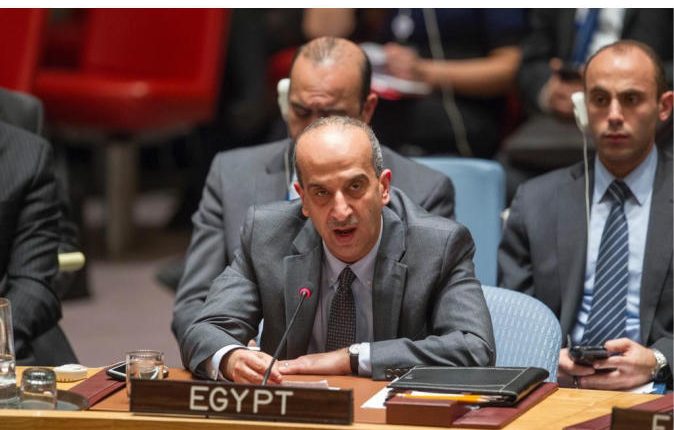 Egypt’s Ambassador to Ethiopia Osama Abdel Khalek and the country’s permanent representative to the African Union (AU), has stressed the importance of supporting the work of the United Nations (UN) Integrated Transitional Assistance Mission in Sudan.

Ambassador Abdel Khalek’s comments came during his participation in an African Peace and Security Council meeting on the situation in Sudan’s Darfur region.

He praised the contributions and sacrifices of the joint AU and UN operation in Darfur, in which Egyptian elements participate. The operation has worked towards protecting civilians and filling the security vacuum in the region over a period of 13 years.

Abdel Khalek commended the efforts of the Sudanese government to promote the values ​​of citizenship, good governance, and respect for human rights. He also made note of their signing of the Juba Peace Agreement to ensure stability and security within the country.

He also welcomed the approval of the National Action Plan for the Protection of Civilians which was presented by the Sudanese government to the UN Security Council in May. These steps address the root causes of violence and conflict in Sudan, which would have a positive impact on the stability of the situation in Darfur.

In this context, Abdel Khalek said that Egypt has welcomed the recommendations made by the Chairperson of the UN Commission and the UN Secretary-General not to renew the two organisations’ joint mandate in Darfur after December 2020.

He also noted the importance of supporting and activating the work of the United Nations Integrated Transitional Assistance Mission in Sudan, established under UN Security Council Resolution No. 2254 of 2020. This was set up with the purpose of supporting the peace process and political transition, and to ensure the continued benefit from the experiences of the peacekeeping mission in Sudan.

The UN mission also provides the necessary support to the AU office in Khartoum, in a way that contributes to boosting the cooperation between the two organisations. These work towards mobilising efforts in the development process and post-conflict reconstruction in Sudan.