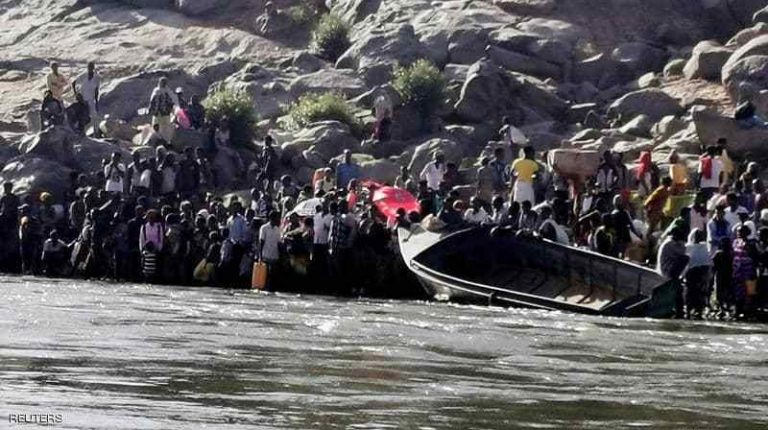 Ethiopia’s Prime Minister Abiy Ahmed held a meeting with political parties and civil society organisations, on Wednesday, to discuss preparations for the country’s upcoming elections that are scheduled for mid-2021.

The meeting came as the federal forces continued their offensive against the Tigray People’s Liberation Front (TPLF) in the north of the country. Since the start of fighting in the month-long conflict, thousands have been killed, and more than 45,000 refugees have fled into neighbouring Sudan.

On Tuesday, one ِpolice officer was injured in a small explosion in the Bole District of Ethiopia’s capital, Addis Ababa. The government accused the TPLF of being behind the incident.

This year’s parliamentary elections were postponed due to the consequences of the novel coronavirus (COVID-19), but the TPLF rejected the federal government’s decision.

As a result, the front, which has been leading the Tigray region for decades, held regional election against the federal directives.

On 4 November, tensions between Ethiopia’s federal government and the TPLF spilled over into a military escalation, as the latter took over a federal military base. The attack resulted in many deaths, injuries and damage to property. In response, the government launched an offensive against the restive region.

On Saturday, the Ethiopian National Defense Forces (ENDF) claimed that they had taken control of the Tigray region’s capital, Mekelle, after days of bombarding the city of 500,000. TPLF leaders said they are still fighting from mountainous areas.

“I am pleased to share that we have completed and ceased the military operations in the Tigray region,” Ahmed tweeted, “Our focus now will be on rebuilding the region and providing humanitarian assistance while Federal Police apprehend the TPLF clique.”

The Ethiopian Prime Minister noted that the federal police will continue working to arrest members of the TPLF.

Moreover, prominent TPLF leader and former Spokesperson of the House of Federation, Keria Ibrahim, has surrendered to the government, according to Ethiopian state media.

Meanwhile, the UN reached an agreement with Ethiopia’s government on Wednesday, to facilitate channelling desperately needed humanitarian aid to Tigray.

2nd phase of parliamentary run-offs kicks off inside Egypt