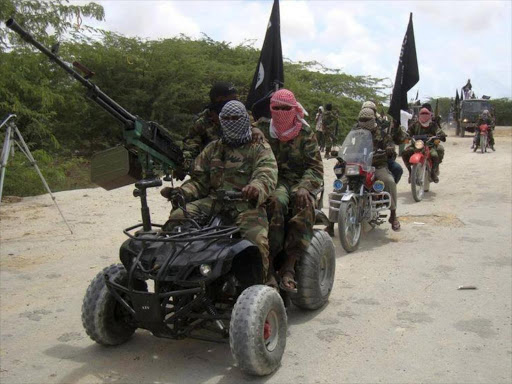 A Kenyan police officer was seriously injured early Wednesday and another is missing after suspected Al-Shabab militants attacked a police patrol base in Fafi, Garissa county along the Somali border.

Rono Bunei, Northeastern regional commander said the security officers were at the Amuma base when the heavily armed gunmen fired at them for about ten minutes before escaping.

Bunei said the station armory was badly damaged in the attack, noting that the search for their missing colleague is ongoing while the injured one is stable at a local hospital.

According to Bunei, an assessment done at the scene show the attackers were armed with rocket-propelled grenades and they escaped as reinforcements approached there.

“We are determined to deal with this menace but we need support from locals. Such an attack cannot happen without their knowledge,” he said.
The regional police commander said no arrest has been made so far and more patrols have been sent there to search for the attackers believed to have either crossed the border into Somalia or are still holed up along the border.

There have been several attacks staged by Al-Shabab militants in counties neighboring Somalia in a series amid efforts to contain the situation.
On Sunday, five police officers were seriously wounded when their vehicle ran over a set improvised explosive device in Rhamu, Mandera County in the latest such incident.