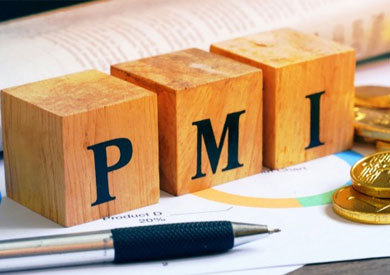 Egypt’s non-oil economy has made further progress in recovering output and new business in November, amid a joint-record improvement in supply chain performance.

However, this has come against a backdrop of business confidence hitting an historic low. This is in large part being driven by growing worries over a second wave of the novel coronavirus (COVID-19) pandemic in some global markets, according to the IHS Markit Egypt Purchasing Managers’ Index (PMI) on Thursday.

IHS Markit’s PMI for Egypt recorded 50.9, down from 51.4 in October but still above the 50.0 threshold that separates growth from contraction. This is the third consecutive month that the country remains above the threshold.

IHS Markit said that the recovery in business output, after the downturn caused by the COVID-19 pandemic and associated lockdown measures, has lost momentum in the latest survey period. Business activity rose for the fifth consecutive month, but the upturn was softer than the 73-month record set in October.

“Weaker rises in output and new business suggested a tail-off in the economic recovery in November, although it came after output growth reached its highest in over six years during October,” said David Owen, Economist at IHS Markit.

He added that firms were constrained by a slower increase in export sales, particularly as many countries in Europe tightened lockdown measures to curb a second wave of the virus. Job numbers decreased again, continuing the trend seen for more than a year.

“Perhaps more encouraging was a joint-record improvement in supplier performance, showing that the second wave in Europe has so far not impacted global supply chains in the same way observed in the spring,” Owen said.

He also noted, however, that Egyptian firms were also the least optimistic about future output in the series history. This comes amid concerns that activity could weaken if COVID-19 cases rise again domestically.

The report also showed that the confidence regarding business activity over the next year has fallen to its weakest in the series history, with just 12% of panellists expecting growth.