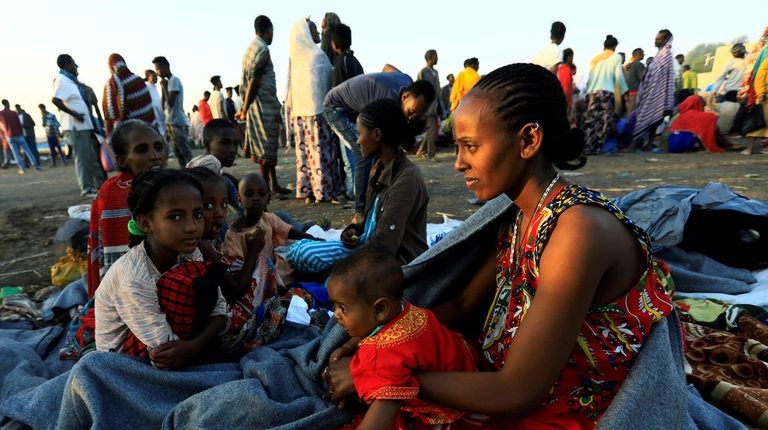 Once again, Ethiopian makes the headlines, but this time because of civil war, and tribal and ethnic conflicts.

The problem is very complex, and there are no pre-prepared solutions to it, to the extent that experts and specialists stress the need to abolish the federal system followed in Ethiopia, to separate the regions. In other words, there is a need to divide Ethiopia into several countries.

The Ethiopian regime is in a state of unprecedented fragility because the country is still managed by the tribal system. There is also a long history of political crises that have accumulated over the past decades that have led to the current scene.

To a large extent, the current situation threatens dire consequences, especially after the declaration of a state of war in the Tigray region by the government of Addis Ababa.

And this will undoubtedly be reflected on Ethiopia’s foreign policy and its relations with neighbouring countries, such as Sudan, Eritrea, and Somalia. It will also reflect on the Grand Ethiopian Renaissance Dam (GERD) negotiations, which remain complicated.

The coming days may bear many developments in the Ethiopian political scene. If we also take into account the failure of the African Union (AU) mediation efforts to reach a solution of consensus, then the current situation could lead to the internalisation of the crisis. This is particularly if the solutions of consensus fail to heal the rift between the various parties.

One of the main causes of the current crisis lies in the system of distributing political positions in the Ethiopian government. This relies on balances, quotas, and agreements between tribes such as the Oromo, Tigray, and Amharic.

To analyse the matter more precisely, and to clarify the complexity of the situation and its connection with the State of Sudan, two important matters must be taken into consideration.

The first of these is the existence of an extension of some of these tribes in Southern Sudan. The second is that the conflict is now taking place between the Tigray tribe and the other tribe to which Prime Minister Abiy Ahmed belongs, and accordingly, the matter affects eastern Sudan greatly because it is the extension of these tribes.

And we have already witnessed such a conflict, not so long ago, when the governor was appointed in Tigray. The conflict erupted at that time, because this chosen governor belongs to a tribe that largely belongs to Eritrea. For this reason the borders were closed so that the conflict between the different forces would not escalate, whether they belonged to this tribe or that.

Undoubtedly, Tigray is not easy prey, and the conflict is still in its infancy. As a result, it still remains to be seen where events will go. It is also widely expected that Addis Ababa’s position will also play an important role in determining the course of events, because many expectations indicate that these tensions will expand during the coming period and other ethnicities may join them.

Tigrayans had recently started forming alliances with certain elements of the Oromo, as well as with the Somali region and the neighbouring Afar group. This came in an attempt to form a front against Prime Minister Abiy Ahmed, as the Tigrayans believe that he seeks to establish a new dictatorship at their expense.

Despite the conflict’s dramatic escalation, the Ethiopian Prime Minister Abiy Ahmed continues to insist on using the crisis to obstruct any negotiations, whether related to the Renaissance Dam or the internal conflict.

He aspires to have the loudest voice in all negotiations, and to dictate his conditions to everyone. Nevertheless, I believe that he will wake up from this illusion quickly, due to the complexities of the map of both alliances, and regional and international interests in that region of the world.

But in any case, we now expect two scenarios, both of which are equally as bad as each other. The first scenario is that if Prime Minister Ahmed succeeds in getting out of the crisis, he will be a dictator who rules and controls Ethiopia however he wants. This matter will affect all outstanding issues, foremost of which is the problem of the Renaissance Dam.

And the second scenario, which I consider the worst, is that if the man fails and loses the confrontation, this will lead to the dismantling of the state, and perhaps the internationalisation of the whole issue.