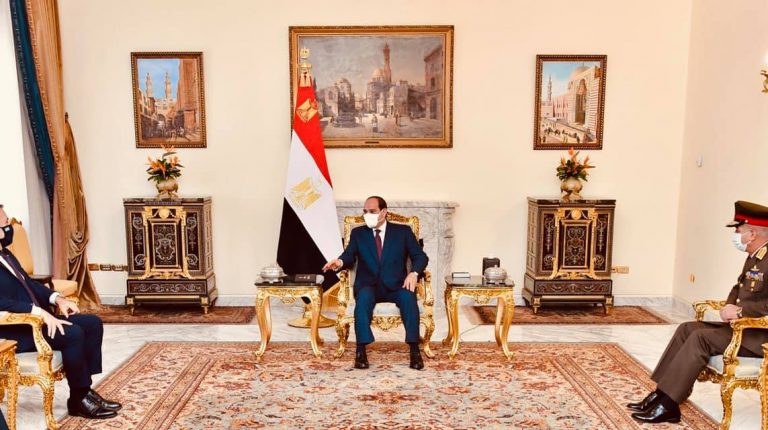 Also present at the meeting were Egypt’s Minister of Defence Mohamed Zaki and the Greek Ambassador in Egypt, Nikolaos Garilidis.

During the meeting, President Al-Sisi expressed his aspiration to develop military cooperation and joint training between the two countries. He also praised the level of the current cooperation between the two, whether at the bilateral or tripartite level between Egypt, Greece and Cyprus.

The tripartite cooperation was recently embodied in the joint Medusa-10 military training, which is currently being implemented with the participation of French and UAE forces.

For his part, Panagiotopoulos said that his visit to Egypt reflects the developments in the strategic relations between the two countries. This relationship is driven by common interests, mutual respect and the desire of the two countries to achieve security and stability in the region, he added.

He further expressed Greece’s keenness to strengthen the existing partnership relations between the two countries on the military, security, and information exchange levels.

The meeting also saw discussions on methods of enhancing military cooperation between the two countries, in addition to the exchange of views on the latest developments in regional and international issues.