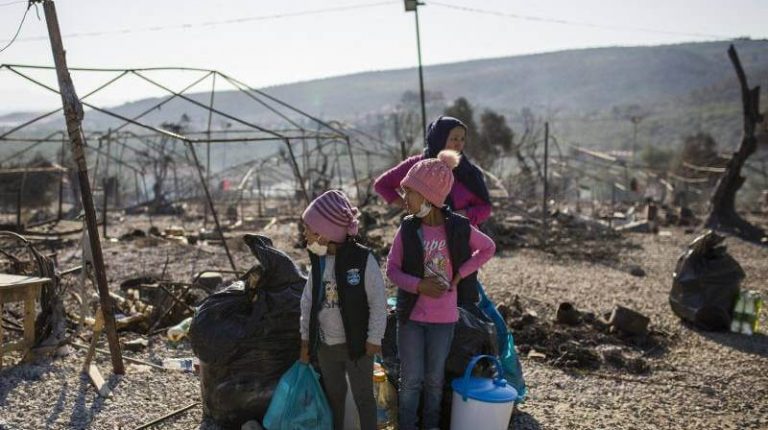 The General Secretariat of the Arab League has warned of the seriousness of the crises facing the Middle East, the latest of which was the outbreak of the novel coronavirus (COVID-19) pandemic.

These crises have the potential to lead to deterioration in the conditions for migrants and decline in their role and contributions in supporting development, whether in countries of immigration or in their countries of origin.

Illegal migration could also increase, alongside the accompanying risks of migrants falling into the hands of smugglers and human traffickers, which will increase the vulnerability of these groups.

The remarks came in a statement issued on Saturday, on the occasion of the Arab Expatriate Day, which falls on 4 December of each year.

The statement said that the continuing crisis caused by COVID-19 has had major repercussions on various walks of life. It has particularly affected human mobility in a way that the world has not seen before, with migrants among the most affected.

The statement indicated that this last decade has witnessed a state of instability in the Arab region at various political, security, economic, and social levels. This has led to great challenges that have resulted in unprecedented flows of migrants and refugees out of their countries of origin, as well as the severe repercussions that the world is now facing caused by a global health crisis.

The statement added that these crises combined have cast a shadow particularly on migrants and refugees. It may lead to a long term change in the features of global migration, including Arab migration, the loss of job opportunities, lower wage levels, and increased global inequality as a result of lower total remittances from expatriate workers.

There is also the potential that travel restrictions will be tightened, along with the implementation of medical tests for travellers in general, and the spread of misinformation and fake news in the media and on social media platforms.

The General Secretariat confirmed statements by the Arab Regional Consultation Process on Migration and Asylum, issued on 13 July 2020, regarding the impacts of the COVID-19 pandemic on migrants, refugees, and the countries hosting them in the Arab region. It also pointed to the statement issued by the Economic and Social Council on 6 May 2020 regarding how to deal with a pandemic.

The General Secretariat stressed the importance of not neglecting these groups of the population, who may be more vulnerable than others. This falls in line with international charters, agreements, and plans, foremost of which is the 2030 Agenda for Sustainable Development.

In its statement, the General Secretariat called for efforts to be made to reduce the effects of the crisis on migrants, refugees, and their host communities. This should take place through cooperation and dialogue between the various relevant parties, chiefly the countries of origin and destination countries. It would also see the concerned international and regional organisations play an effective role in coordination between countries, to raise awareness of the risks facing migrants and refugees and ensure that the relevant global charters, agreements, and plans are guided.

On this occasion, the General Secretariat also said that one of the most prominent challenges facing Arab communities abroad are the exacerbation of xenophobia, Islamophobia, racism, discrimination, and stigmatisation. They are at particular risk after the recent terrorist incidents in Europe which occurred on the back of the offensive cartoons of the Prophet Muhammad being republished.

The General Secretariat emphasised that the perpetration of extremist behaviours by some immigrants cannot negate the coexistence of the majority of them within the values ​​of European societies. It should also not negate their positive contributions to the societies in which they live, just as these rulings cannot be generalised to immigrants of Arab and Islamic origins completely.

The Arab League also emphasised the importance of protecting and caring for the human rights of all migrants, in accordance with international covenants. At the same time, it emphasised the responsibility of migrants and refugees to observe and respect the laws and regulations of the countries that host them.