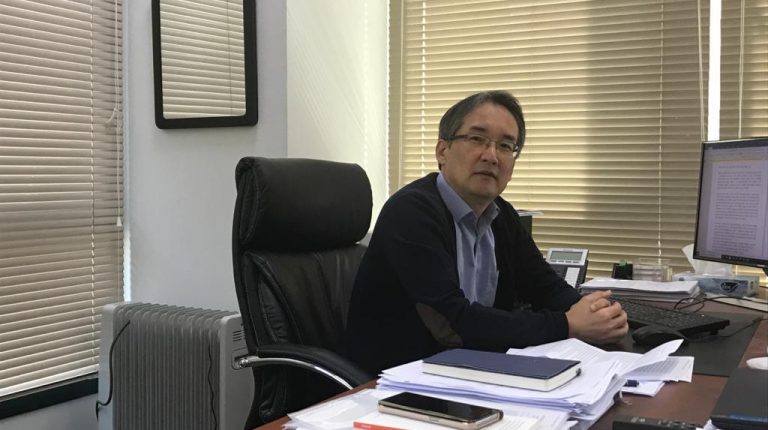 The year 2020 marks the 25th anniversary of diplomatic relations between Egypt and South Korea, with the two countries enjoying cordial relations and cooperation.

With a focus on economic cooperation, the Korea Trade-Investment Promotion Agency (KOTRA) inaugurated its office in Cairo in 1974.

To mark these cordial and extensive diplomatic relations between the two countries, Daily News Egypt sat down with Shin Wooyong, Director General of the KOTRA office in Cairo.

During the interview, Shin reviewed the economic cooperation between the two countries in terms of trade and investments.

What was the value of the Egyptian-Korean trade exchange during the third quarter (Q3) of 2020? What is your assessment of the trade balance between the two countries?

The value of trade exchange between Egypt and Korea during the period from January to September 2020 recorded $1.16m. At the same time, the trade balance between the two countries reached $518m during Q3 of 2020.

Can you tell us more about the imports and exports between the two countries during the first nine months of 2020? What are the expectations by the end of the current year?

Egypt’s exports to Korea during the first nine months (9M) of 2020 reached $321m, while its imports from Korea stood at $839m during the same period.

What are the main import and export items between the two countries?

What is your evaluation of Egypt’s economic performance, especially during COVID-19, and of the Egyptian investment climate?

Despite the novel coronavirus (COVID-19) pandemic, Egypt is performing well in terms of both dealing with the virus, and ensuring economic recovery, as it is still attractive for foreign direct investments (FDI).

Regarding the Egyptian investment climate, I think that it is very attractive because many Korean companies are considering investing in Egypt. The country is the main investment destination for Korean companies in Africa, as investing in Egypt provides the opportunity for my country to enter the neighbouring markets in Africa through the African Continental Free Trade Area (AfCFTA).

How did the pandemic impact Korean investments in Egypt, and did any new investments occur in 2020?

Of course the pandemic has affected the whole world, and attracting new investment was really hard this year, but we think Egypt is going in the right directionfor enhancing investment.

For Korea, we have new companies investing in a cable factory in the country, as well as another company working on the new monorail project. Having said that, last year, Korean investments in Egypt stood at around $4m, most of which were funnelled into the fabric and textile sectors.

A further $4m was invested in 2018, mainly in fabric and plastic foaming, in addition to Korea’s investing $93m in 2017, mainly in the electronics sector.

What about Korea’s future investments in Egypt?

Many Korean companies see Egypt as an attractive market for investment, as the country has a huge population and huge opportunities for investing. Also the Egyptian government is trying to attract foreign investors.

I think that the prospects for the Egyptian investment climate is very good, which will encourage more Korean companies to invest.

What are the main challenges that prevent more Korean companies from investing in Egypt? What are your recommendations to attract more?

Egypt is a country with great potential, and to benefit from this, the Egyptian government needs to open their investment process more. It should also limit the bureaucracy, as many Korean companies find it very hard to invest in Egypt due to the high level of bureaucracy. So the Egyptian government needs to open up more and to increase the transparency.

Can you verify if the only Kia model assembled in Egypt will stop? What are the plans in this regard?

I don’t know whether this is true, but I think that if it is, it will be due to the conditions in the Egyptian economy and the lower demand due to the COVID-19 pandemic.

Could you elaborate more on the 7th Railway School Egypt in Cairo?

Set up with the aim of spreading Korean railway technology to Egyptian railway engineers, the Korea National Railway (KNR) and KOTRA held the “7th Egypt Railway School Egypt” in the capital, Cairo.

This event was held online on 17 November 2020 for officials and engineers from the Egyptian National Railways (ENR). Railroad signal and track experts from KNR and Dohwa Engineering shared their know-how and examples of railroad signal safety technology and track design/construction in Korea. They also conducted discussion lectures with Egyptian engineers.

As a result of these efforts, the KNR undertook a contract on the Naga Hamadi-Luxor railway signal modernisation consulting project in 2018. It has since been contributing to the modernisation of Egypt’s railway system through Korea’s excellent railway technology.

This railroad school has been contributing to the promotion of friendly relations between the two countries’ railroad industries. It has done so through continuous exchanges and cooperation, and increases the opportunities for Korean railway companies to collaborate on railway modernisation projects in Egypt.

Can you update us on what`s new on this year`s Railway School Egypt ?

Every year since 2014, Korean railroad technology has been transferred to Egyptian railroad engineers at the ENR, the National Authority for Tunnels (NAT), and the Cairo Metro. Each year, we chose a new topic concerning the rail and metro industry, according to the needs of the Egyptian authorities.

This year we choose railroad signal safety technology and track design/construction in Korea, and conduct discussion lectures with Egyptian engineers

What are KOTRA’s plans in Egypt in the next few years?

KOTRA is trying to undertake the main role of being a bridge between Korean and Egyptian companies, to enhance the trade volume between the two countries. Of course, this means giving Korean companies a boost to come to Egypt and invest in the country.

Has KOTRA undertaken any preparations for business missions to Egypt in 2021?