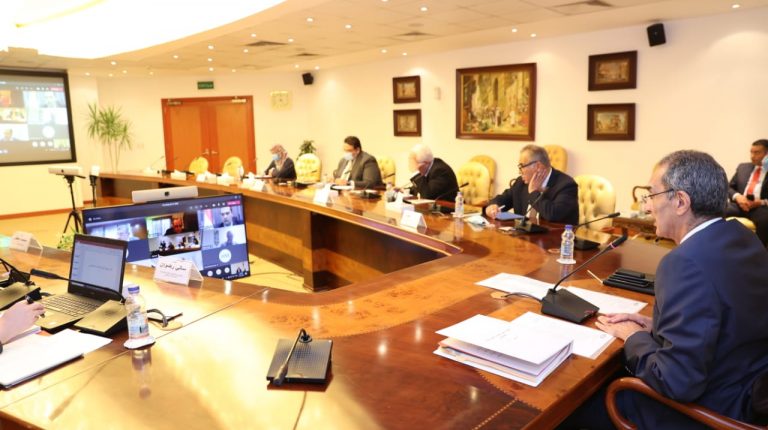 The meeting reviewed Egypt’s national strategy for artificial intelligence (AI), which aims to localise the technology and expand its usage to achieve the country’s development goals.

The meeting also discussed the importance of using AI applications in agriculture, which is one of Egypt’s main economic sectors. The participants explored the technology’s possible role in overcoming the challenges that this vital sector faces, especially optimisation of irrigation and pesticides. At the same time, these applications will be used to help maintain soil fertility, as well as improve the overall quality of crops and the competitiveness of Egyptian products worldwide.

The meeting reviewed issues related to the Fourth Industrial Revolution, with emphasis placed on the need to encourage innovation and scientific research in various fields, including AI, to keep pace with this, especially since AI is one of the main components of the revolution.

The Egyptian government’s efforts, particularly among its institutions, with regard to AI were also praised. These efforts have led to the country’s ranking advancing 55 global ranks regarding the government’s readiness index for artificial intelligence. Egypt is now ranked 56th globally among 172 countries, compared to the 111th out of 194 countries in 2019.

The Council stressed the need to study the various axes of this indicator to achieve better progress in the coming year, especially since AI is one of the most important priorities of the Egyptian government, and one of the main catalysts for digital transformation in the country.

The National Council for Artificial Intelligence was established in November 2019. It coordinates work between relevant authorities to come up with a unified strategy that reflects the priorities of the government and all concerned parties using AI applications.