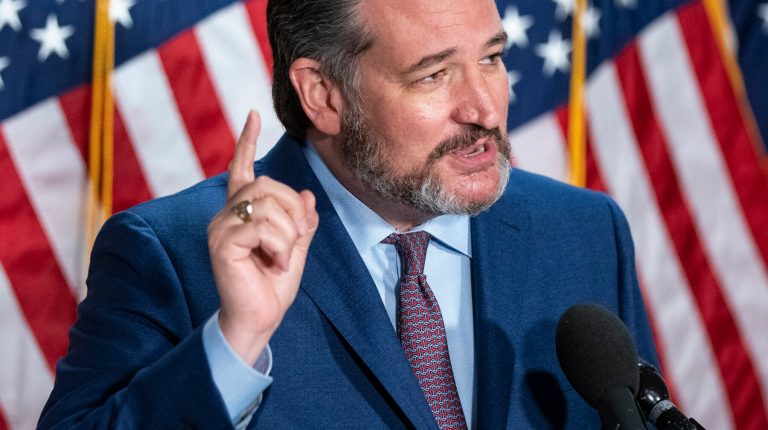 It requires the State Department to report to Congress about whether the Muslim Brotherhood meets the legal criteria for such a designation.

Cruz sponsored legislation in 2017 and in 2019 that would require the White House to decide whether the organisation, which is banned in Egypt, fits criteria for terrorist designation.

Egypt designated the Muslim Brotherhood as a terrorist organisation in 2013, months after the ousting of Islamist president Mohamed Morsi following mass protests.

“I am proud to reintroduce this bill and to advance America’s fight against radical Islamic terrorism, Cruz said, “I commend the current administration’s work calling terrorism by its name and combating the spread of this potent threat, and I look forward to receiving the additional information this new bill requests from the Department of State.”

He added, “Many of our closest allies in the Arab world have long ago concluded that the Muslim Brotherhood is a terrorist group that seeks to sow chaos across the Middle East, and I will continue working with my colleagues to take action against groups that finance terrorism.”

Inhofe said, “The founding of the Muslim Brotherhood in Egypt is affiliated with groups that have consistently preached and incited hatred against Christians, Jews, and other Muslims while supporting designated radical terrorists.”

He added “I am proud that under the Trump administration, we continue to call out and combat radical terrorism and I am glad to join my colleagues today in reintroducing this legislation.”

After Morsi’s ousting, Egypt labelled the Muslim Brotherhood as a terrorist organisation in 2013, following a court decision that also banned the group. Thousands of its members are being tried in front of Egypt’s judiciary.

A government committee authorised to monitor the assets of Brotherhood members was formed in October 2013 by the Ministry of Justice, following a verdict by an Urgent Matters Court to ban the activities of the Brotherhood and to confiscate its capital. As such, the committee froze the assets of hundreds of the group’s members, non-governmental organisations, and companies affiliated with the group.

Over 60 US public service agencies use Zero electric motorcycles