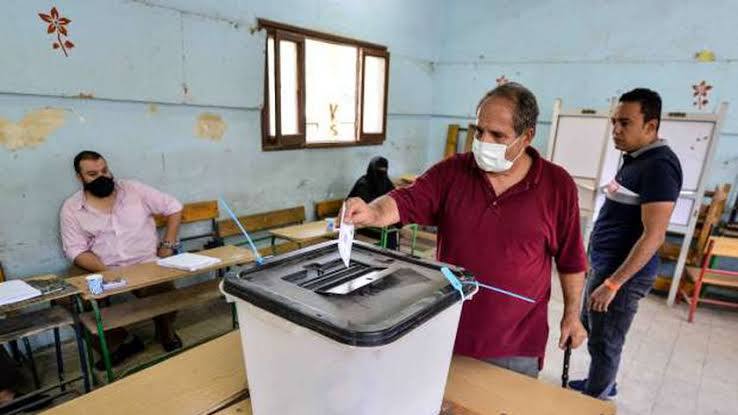 Domestic voting in 13 governorates for the second phase of the House of Representatives run-offs started on Monday, with voting to continue until Tuesday.

People who attend polling stations are expected to wear facemasks and adhere to social distancing, which are among the mandatory safety measures being implemented during the parliamentary elections.

The National Elections Authority (NEA) Chairperson Lashin Ibrahim said that the turnout in the 14 governorates included in the first phase stood at 28.06%, with almost 9 million out of 31 million eligible citizens voting.

In the parliamentary run-offs, the voting will be limited to candidates running under the individual system, who will compete for the remaining 101 seats, with 42 individual seats secured during the first round.

Egyptian expatriates participated in the run-offs on 5-7 December, with postal ballots being sent to diplomatic missions worldwide.

The second phase in Egypt was conducted on 7-8 November, at a total of 9,468 polling stations in 13 governorates. The turnout in the second stage was 29.5%, with 9.2 million voters casting their ballots out of 31 million eligible voters according to the NEA.

Regarding the party list system, the National List for Egypt won in the Upper Egypt electoral districts, composed of 11 governorates, and the western Delta, composed of three governorates, in which 100 seats were secured in the former and 42 in the latter.

The 142 seats reserved for candidates running under the party list system were swept up in a landslide by the electoral list led by the pro-government Mostaqbal Watan Party (The Future of Homeland) in the first round.

The first phase of the House of Representatives elections was held for Egyptian expats from 21 to 23 October, and locally from 24 to 25 October.