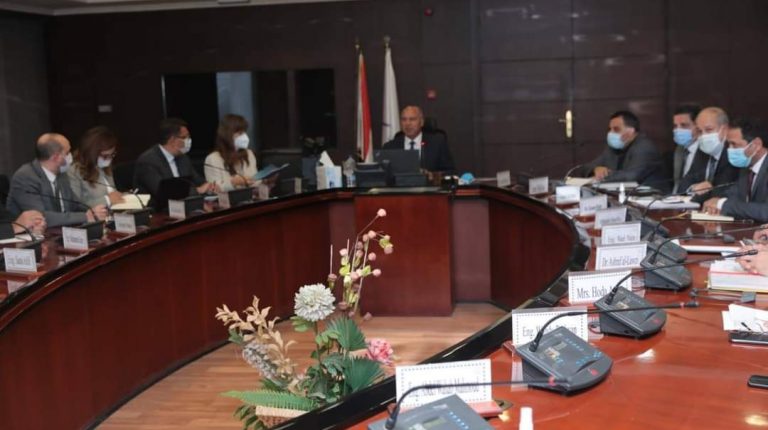 Egypt’s Minister of Transportation Kamel El-Wazir has revealed that a contract has been signed for the purchase of six new railway passenger trains, worth a total of €226m. The contract’s value will be funded by the European Bank for Reconstruction and Development (EBRD).

El-Wazir’s remarks came during a virtual meeting with an EBRD delegation headed by the bank’s Managing Director for the Southern and Eastern Mediterranean Region, Heike Harmgart. The meeting took place in the presence of Sue Barrett, the EBRD’s Head of Infrastructure for the Middle East and Africa (MEA) region.

During the meeting, the two sides discussed the executive position of a number of joint projects being implemented, and future cooperation between the two in the fields of railways, subways, maritime transport, and land and dry ports.

The talks touched on the cooperation to develop Egypt’s railways, with the contract for the six new passenger railway trains having been undertaken with the Spanish train manufacturer Talgo.

The first train is scheduled to arrive in Egypt next March. This contract comes in addition to a €290m project to supply 100 new tractors to support the Egyptian railway service’s traction force. This has reached its second stage in the IPO operations, with the winning company scheduled to be announced by the end of next January.

El-Wazir and the EBRD delegation discussed the latest developments regarding the possibility of the bank providing €65m in financing a ticket gates project at stations, supplying 3,000 portable ticket machines.

Moreover, they discussed a number of metro projects, such as the project to rehabilitate the infrastructure and systems of the Cairo Metro’s Line 1. This will see work undertaken on rail works, signalling and communication systems, central control, electromechanical works and electrical power works. The rehabilitation project comes at a total cost of €605m, of which €205m will come from the EBRD, €350m from the European Investment Bank (EIB), and €50m from the French Development Agency (AFD).

Discussions also reviewed the latest developments related to the supply of six new air-conditioned trains for the Cairo Metro Line 2, which the EBRD will finance with a value of €100m.

In the field of land and dry ports, the executive position of the 400–feddan Dry Port in 6th of October city was discussed. The project comprises 100 dry ports and 300 logistic centres, and will accommodate 720,000 twenty-foot equivalent units (TEUs) per day.

The EBRD has financed the study for the port’s construction, which has been assigned to an alliance of Egyptian and foreign private sector companies. The bank is also providing funding for studies of dry port projects in the New Borg El Arab – New Damietta – New Sohag areas.

El-Wazir confirmed that his ministry is implementing a plan to establish a network of dry ports and logistical areas in order to develop the transport system, facilitate the movement of trade, attract investments, and expand export ports. It also aims to increase the volume of exports, achieve integration between different means of transport, prevent the accumulation of goods and containers in sea ports, and support the national economy