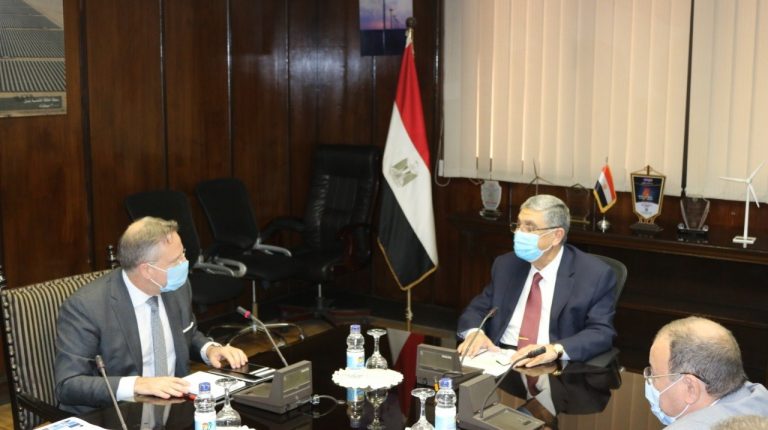 Egypt’s Minister of Electricity and Renewable Energy Mohamed Shaker has met with Denmark’s Ambassador to Egypt Svend Olling to discuss enhancing cooperation and investment opportunities between the two countries in the field of renewable energy.

Shaker said that the Egyptian government has made great efforts to overcome the difficulties and challenges that the country’s electricity sector has faced in the last period. Serious efforts have been made at all levels, and with the help of the country’s development partners.

The minister said that a large-scale programme has been adopted to encourage the private sector’s participation through many measures that encourage investment in Egypt. This has, in turn, increased investor confidence in Egypt’s electricity and renewable energy sector, as a large number of foreign and local private sector investors have entered into new and renewable energy projects in the country.

The sector provides many mechanisms for private sector participation, including auctions, which will achieve the highest benefit by obtaining the lowest prices.

Shaker emphasised his ministry’s interest in undertaking electricity linkage projects with neighbouring countries, and exporting electricity to Europe so that Egypt can become a regional energy centre.

Olling praised the distinguished relations between Denmark and Egypt, and emphasised the need to support and strengthen those relations. He further praised the great experience that Egypt’s electricity and renewable energy sector has gained in all fields.

He expressed his country’s desire to invest in Egypt and increase cooperation between the Egyptian and Danish electricity sectors. At the same time, he also noted the interest of international bodies and entities in investing in Egypt, which is widely considered as a gateway to Africa.