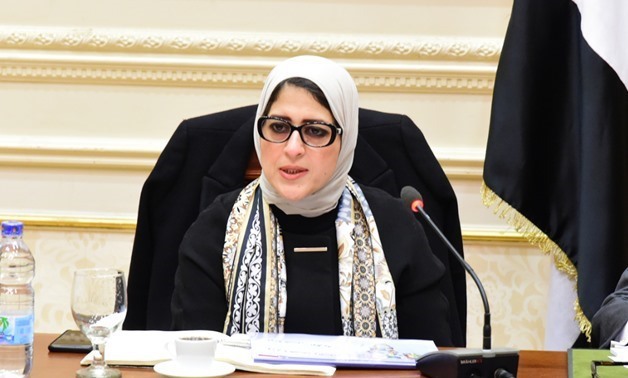 Egypt’s Minister of Health Hala Zayed revealed, on Monday, that the country is producing 30,000 litres of plasma per year, but that 1 million litres are needed on an annual basis.

Zayed said that the plasma will be collected within 4-6 weeks, before being sent abroad so that it can be separated into its derivatives to be returned as a final product.

This operation will last until a factory is established inside Egypt, within 12-18 months, which will collect and separate the plasma, the minister added.

Zayed’s comments came during a parliamentary health committee meeting to discuss a law regulating blood operations and collecting plasma for the manufacture and export of its derivatives.

The minister added that blood plasma volunteers will receive a payment, in exchange for donating the plasma. She noted that the public sector has priority for receiving licences, but that the private sector will receive licences restrictively.

The national project to manufacture and assemble plasma derivatives is conducted in cooperation with the Spanish medical company, Grifols. The project aims to allow Egypt to achieve self-sufficiency in plasma derivatives.

Zayed revealed the project in July this year, with the cabinet approving the draft law in November. The government aims to establish the project according to the highest international standards, as it is of the highest priority at the state level.

According to the draft law, no blood operations are allowed to be performed except in a fixed or specialised mobile centre that has been prepared for this purpose. All centres conducting such operations must obtain a licence from the Ministry of Health.

In November, President Abdel Fattah Al-Sisi ordered for plasma derivatives collection centres to be established in Egypt. This would also see an effective and accurate mechanism set up, in cooperation with Grifols, to ensure the reliability of their performance.

Grifols is a Spanish multinational pharmaceutical and chemical manufacturer. The company is a European leader in producing blood plasma-based products, in addition to supplying medical devices, instruments, and reagents for clinical testing laboratories.

The company has reached a strategic agreement to develop Egypt’s local plasma-derived therapies market through the opening of 20 plasma centres, and the construction of production facilities in Egypt. Among these facilities are a plasma fractionation plant and protein purification plants.