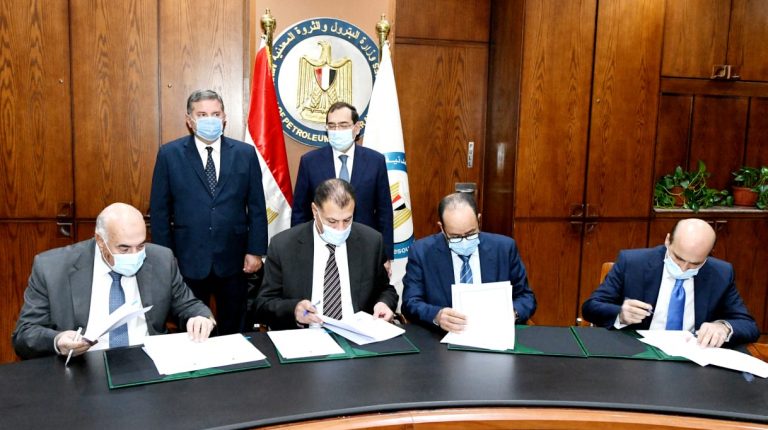 Egypt’s Minister of Public Enterprises Sector, Hisham Tawfik, and Minister of Petroleum and Mineral Resources, Tarek El Molla, have witnessed the signing of protocols to settle historical debts on public business sector companies to the oil and electricity sectors.

These debts are estimated at EGP 13.5bn, with their settlement coming in light of the government’s efforts to settle and repay the accumulated historical debts of that sector.

The signing comes as part of the two ministries’ keenness to facilitate the settlement of debts between their affiliated companies. This is due to the positive impact on all parties and the payment of debts owed by the companies affiliated with the Ministry of Public Enterprises Sector to the EGPC and its subsidiaries on their natural gas withdrawals.

It will cover the payment of debts built up by the public business sector companies in favour of electricity sector companies, which will be devolved to the EGPC and its companies.

This will happen through the transfer of some untapped and dispensed real estate assets by the companies affiliated to the Ministry of Public Enterprises Sector within the framework of in-kind payment of these debts.