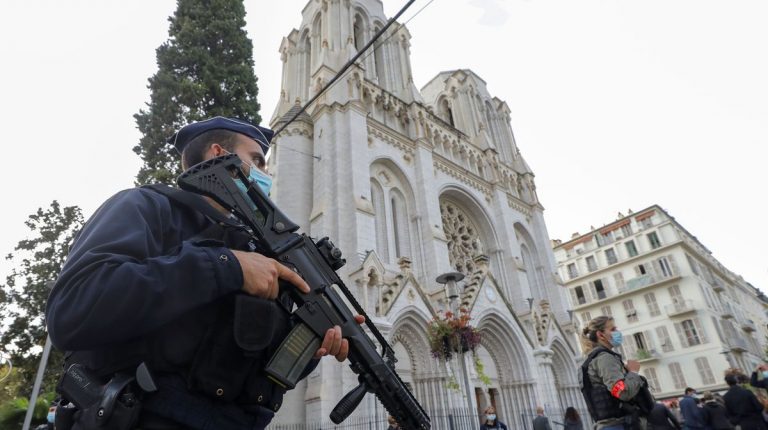 A Tunisian man charged in a knife attack at a church in the French Riviera city of Nice in late October was placed under formal investigation on Monday, state-run France Info radio reported.

Brahim Aouissaoui, 21, is charged with “assassination and attempted assassination in connection with a terrorist enterprise, according to the report.

Aouissaoui, who had tested positive for COVID-19, was shot and seriously wounded on Oct. 29 after stabbing to death a 55-year-old church worker and two worshippers at Notre-Dame de Nice, a Roman Catholic basilica in central Nice.

He was put under formal investigation after his health condition improved, allowing investigators to question him.

Unbeknownst to the intelligence services, he landed on Italy’s southern Mediterranean island of Lampedusa on Sept. 20 and entered France on Oct. 9.