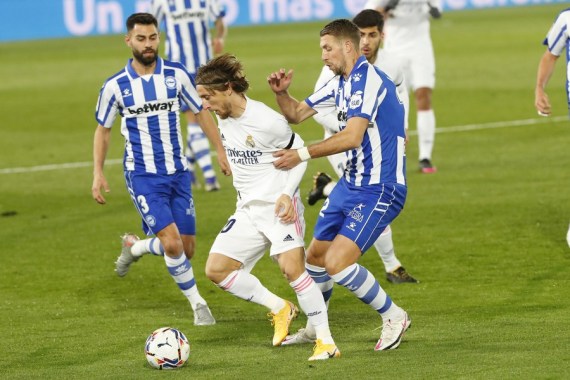 A large part of Real Madrid season and probably coach Zinedine Zidane’s future hang in the balance ahead of Wednesday’s decisive Champions League game at home to Borussia Monchengladbach.

Borussia lead the group, but Real Madrid go into the game in third place. With Wednesday’s result, they could either finish top of the group and assure qualification for the last 16 of the competition, or finish last and even miss out on a place in the last 32 of the Europa League in the New Year.

Missing out on the next stage of the Champions League would mean a major hit for the club’s economy, and it is generally thought Zidane will be sacked if he team fails to qualify.

The French coach survived his first match-point when Madrid rode their luck to win away to Sevilla on Saturday, and his side will be favorites against Borussia, despite their irregular form in Europe so far this season.

Late goals from Casemiro and Karim Benzema saw them come back from 2-0 down with just five minutes to play in Germany at the end of October, but Borussia’s 3-2 defeat to Inter Milan means the German side also needs a result on Wednesday to assure qualification.

The good news for Zidane is that Sergio Ramos is finally available after recovering from the hamstring injury he picked up on international duty in November and the captain will go straight back into the side.

Right back Dani Carvajal also returned to full training on Monday and could also start, although Zidane may have to ponder the wisdom of fielding two players who have both come back from injury. If he decides not to risk Carvajal, Lucas Vazquez will continue on the right of the Madrid defense, otherwise Vazquez could push up to his preferred role on the wing.

Martin Odegaard misses out with a muscle injury and Fede Valverde is still unavailable, so Casemiro, Toni Kroos and Luka Modric will continue in midfield, with Benzema and Vinicius in attack.

A win would be a huge boost for Zidane and Madrid, but may not mean the end of the crisis given his side then faces La Liga leaders and local rivals Atletico Madrid at the weekend.